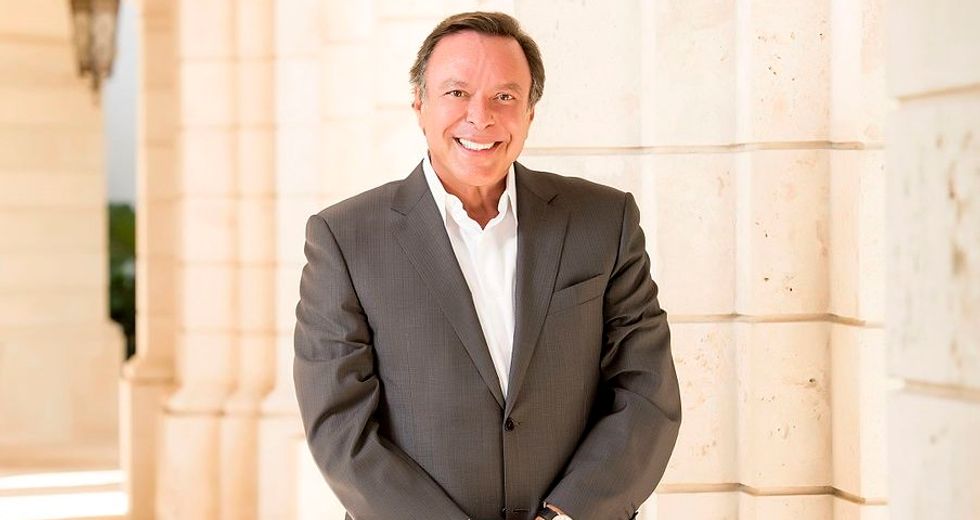 So much that he's shelling out $2 million to get Latino voters in Florida registered so they can vote en masse to defeat him in a crucial swing state.

Politico reports that the Florida billionaire, who is best known as the founder of private equity firm MBF Healthcare Partners, hopes his voter registration drive will be enough to sink Trump's ambitions to win the state -- and therefore any shot he has at winning the presidency.

"As a lifelong Republican, I cannot support a Party I no longer recognize," he tells the publication. "I specially call on all Latinos to reject a man who encourages violence against you [as] he has done in Iowa and other places."

Fernandez also went on to rip the GOP for defending and enabling Trump's large assortment of falsehoods and smears by noting that the party "could not distance itself from a man who has taken such liberties with the facts that calling him a liar would not suffice."

Fernandez was a major backer of Mitt Romney in 2012, and this year he gave big to Jeb Bush. He doesn't love Hillary Clinton, but he does tell Politico that she is positively "benign" compared to Trump.