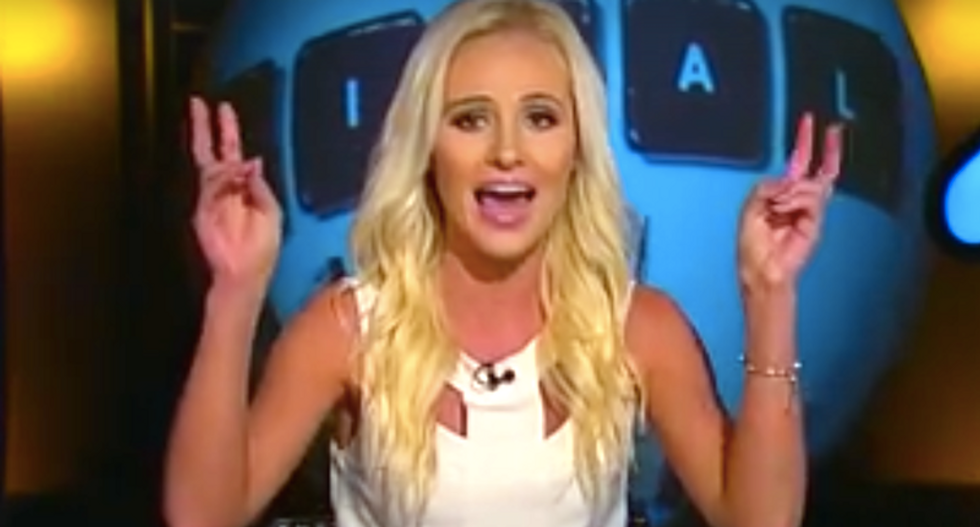 Angry white woman Tomi Lahren commented on the fatal police shooting of Terence Crutcher -- and it turns out she's the real victim.

The viral video start urged careful consideration of the facts in the roadway killing of the 40-year-old Crutcher, whose SUV had broken down, by a Tulsa police officer, and then lashed out at Twitter users who shamed her.

"This is a tragedy, no doubt about it -- the footage doesn't look good," Lahren said. "That's why there will be a full investigation by the Justice Department and Tulsa PD. That's how this thing works. If it wasn't justified, it will be prosecuted in that manner. Welcome to the United States, a nation where law, order and justice are respected."

And then Lahren, who frequently justifies police violence against black Americans, changed the subject.

"But here's what I still don't understand," Lahren said, biting into each word like an overcooked steak. "Why is it that we wait for all the facts in clear incidences of radical Islamic terror? Why is it we're not supposed to mention Islam even when it's clear radical Islamic terror is the culprit? Why is it we can't seem to come up with a motive -- oh, but when a white officer uses force against a black suspect for any reason, automatically, without hesitation, it's about white racism. Follow that logic for me, please."

Lahren accused social media users and Black Lives Matter activists of taunting "anyone with a general support and respect for law enforcement," and she disingenuously blurred the line between legitimate concerns about police violence and online death threats against officers and conservatives.

"That's your notion of justice?" she said, retreating to the comfort of a strawman argument. "Terence Crutcher loses his life and all of a sudden the way to make it right is to threaten officers across America? Don't believe me? Check out my Twitter feed."

Death threats are obviously unacceptable -- even against killer police officers and their defenders -- but Lahren is more concerned about those reprehensible comments than the questionable death of another human being.

"What you see and read is disgusting," Lahren said. "What the hell does that solve? The sad thing is, most of the people have Bible quotes on their profile pages. An eye for an eye and a tooth for a tooth? Crack open your Bible."