US and Russia announce Syrian ceasefire beginning on Eid holiday 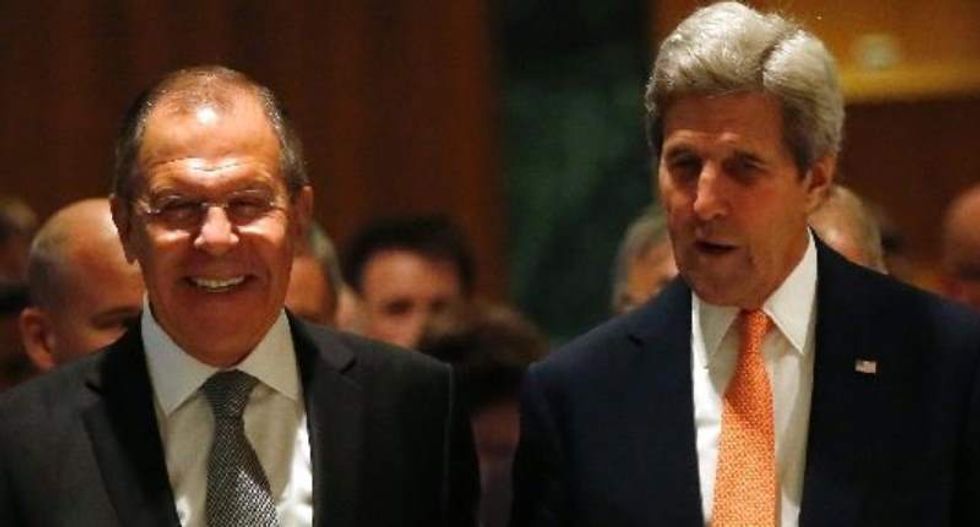 US Secretary of State John Kerry (R) and Russian Minister for Foreign Affairs Sergei Lavrov (L) speak as they arrive prior to a meeting to discuss the Syrian crisis on Sept. 9, 2016, in Geneva (AFP/Kevin Lamarque)

The United State and Russia on Friday agreed a plan to impose a ceasefire in the Syrian civil war and lay the foundation of a peace process, US Secretary of State John Kerry said.

Standing by Russia's Foreign Minister Sergei Lavrov after a day of marathon talks in Geneva, Kerry said he believed the plan would lead to talks to "stop the conflict".

"Today, the United States and Russia are announcing a plan which we hope will reduce violence, ease suffering and resume movement towards a negotiated peace and a political transition in Syria," Kerry said

"The United States is going the extra mile here because we believe Russia and my colleague have the capability to press the Assad regime to stop this conflict and come to the table and make peace," he said.

Kerry said that the truce would come into force on Monday, the first day of the Muslim holiday of Eid and that if it lasted a week the United States would begin cooperation with Russian forces to target the Nusra Front and Islamic State groups.