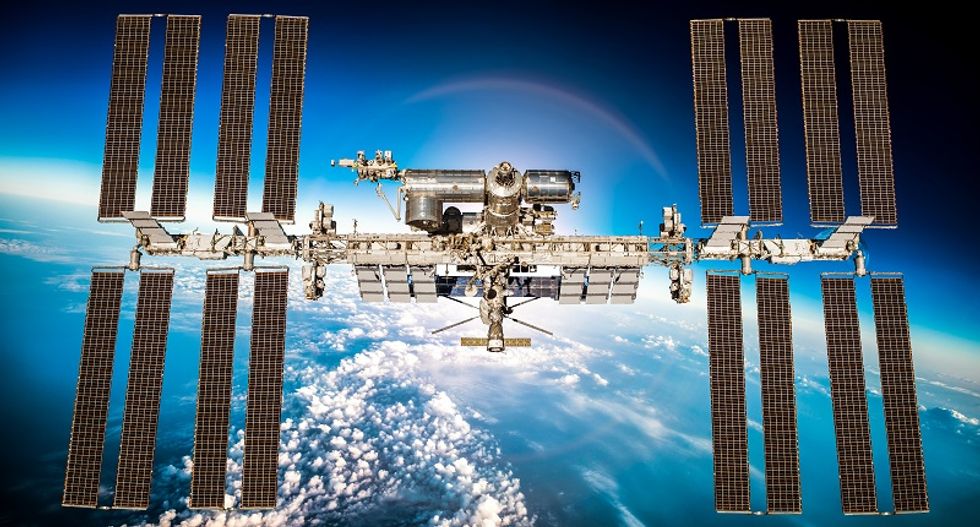 Two U.S. astronauts sailed through a seven-hour spacewalk outside the International Space Station on Thursday to pack up a spare cooling radiator and tackle other maintenance, a NASA TV broadcast showed.

On Aug. 19, Rubins and Williams installed a docking system to enable commercial space taxis currently in development to park at the station, breaking Russia's monopoly on crew transport.

Test flights of Space Exploration Technology's Crew Dragon capsule are expected to begin next year, followed by the debut of Boeing's CST-100 Starliner in 2018.

It was not immediately known what impact, if any, the loss of a SpaceX Falcon 9 rocket during a routine prelaunch test in Florida on Thursday would have on the company's other programs.

For Thursday's spacewalk, the astronauts headed to the far end of the station to retract a radiator that was last used in 2012.

Folding up the panel will protect it from strikes by micrometeors and orbital debris, NASA flight director Zeb Scoville told an Aug. 24 news conference.

"We really want to be able to get it retracted and covered up so we can count on it in the future, should the need arise," Scoville said.

Williams, making his fifth spacewalk, and Rubins then tackled several maintenance tasks, including installing a high-definition camera on the station's truss so ground controllers can better inspect the Russian Soyuz capsules that ferry crew members to and from the station, a $100 billion project in which 15 countries are participating.

Williams, along with Russian cosmonauts Alexey Ovchinin and Oleg Skripochka, are scheduled to climb aboard one of the two Soyuz capsules docked at the station on Tuesday, ending their 172-day mission.

Williams, 58, will return home as NASA's most-experienced astronaut. During his four spaceflights, including three stints aboard the space station, Williams surpassed the 520-day cumulative record of former U.S. astronaut Scott Kelly, with 534 days in orbit.