US government seeks halt to Dakota oil pipeline, after judge approves it 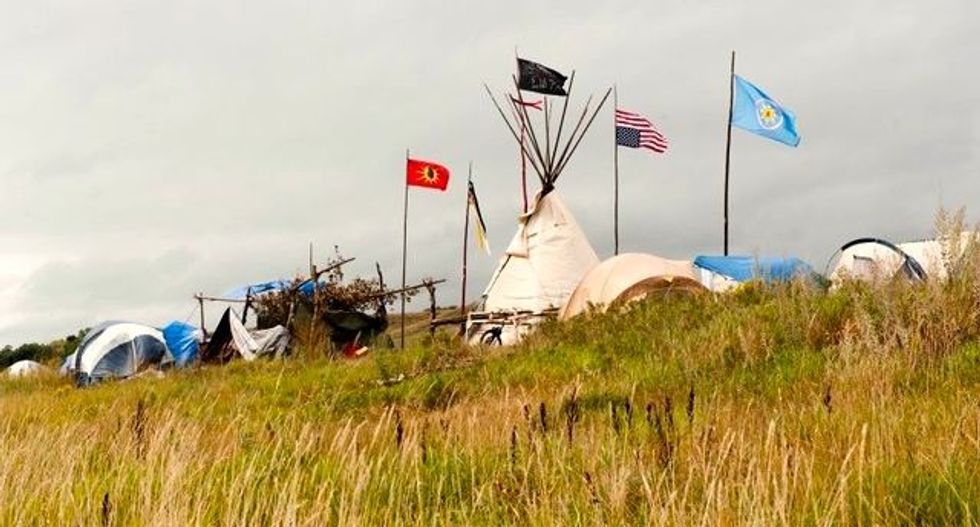 Tepees stand in the Seven Council camp, one of three encampments that have grown on the banks of the Cannon Ball River over the last month. REUTERS/Andrew Cullen

The U.S. government moved on Friday to halt a controversial oil pipeline project in North Dakota that has angered Native Americans, blocking construction on federal land and asking the company behind the project to suspend work nearby.

The move came after U.S. District Judge James Boasberg in Washington rejected a request from Native Americans for a court order to block the project.

Boasberg said he could not concur with claims by the Standing Rock Sioux tribe that the government erred in approving the Dakota Access pipeline.

Protesters decried the ruling and vowed to appeal. Native Americans say the pipeline would pollute nearby rivers and desecrate their sacred land.

Opposition to the pipeline has drawn support from 200 Native American tribes, along with celebrities and activists from across the globe.

The $3.7 billion, 1,100-mile (1,770 km) Dakota Access pipeline would be the first to allow movement of crude oil from the Bakken shale, a vast oil formation in North Dakota, Montana and parts of Canada. The group of companies building the pipeline is led by Dallas-based Energy Transfer Partners LP through its Dakota Access subsidiary.

It would carry oil from just north of land owned by the Standing Rock Sioux Tribe to Illinois, where it would connect with an existing pipeline and route crude directly to refineries in the U.S. Gulf Coast.

(Additional reporting by Julia Harte in Washington and Ben Klayman in Detroit; Writing by Sharon Bernstein; Editing by Kevin Drawbaugh and Matthew Lewis)