Watch Boston anchor freak out when alligator segment goes wrong: 'My life flashed before my eyes' 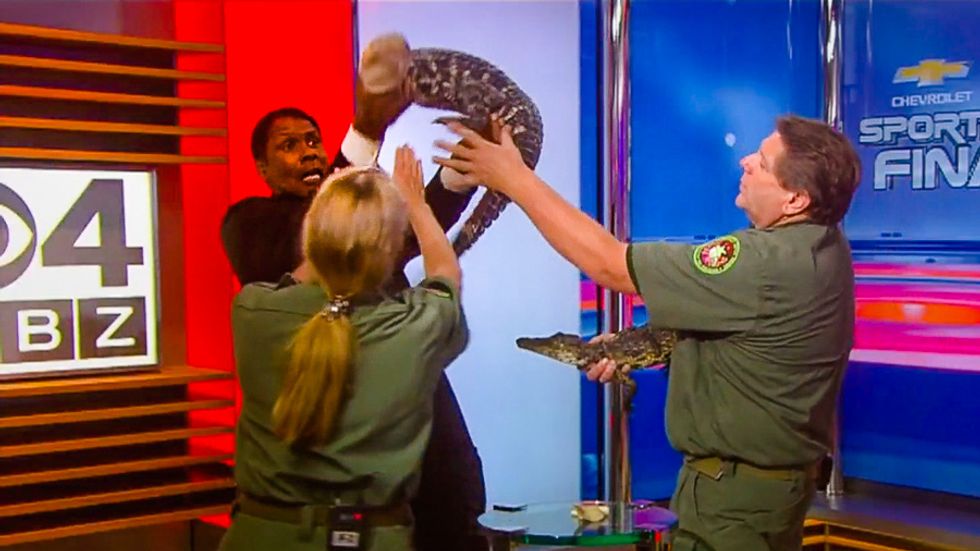 A Boston television news anchor worried that his life was in danger this week when an alligator he was holding in the studio tried to fight back.

WBZ-TV sports anchor Steve Burton said that he was taping a segment with herpetologist Michael Ralbovsky on Sunday and the alligator in his hands became spooked by a nearby crocodile. Burton was forced to wrestle with the alligator as it flailed.

"My life flashed before my eyes when an alligator and a crocodile met," Burton explained on Twitter.

My life flashed before my eyes when an alligator and a crocodile met. Tune in Sunday night on Sports Final. #WBZ https://t.co/ZVnavlvukY
— STEVE BURTON (@STEVE BURTON) 1472697257.0

"That thing was so strong, I wasn't fine," he later told his colleagues.

Watch the video below from WBZ-TV.