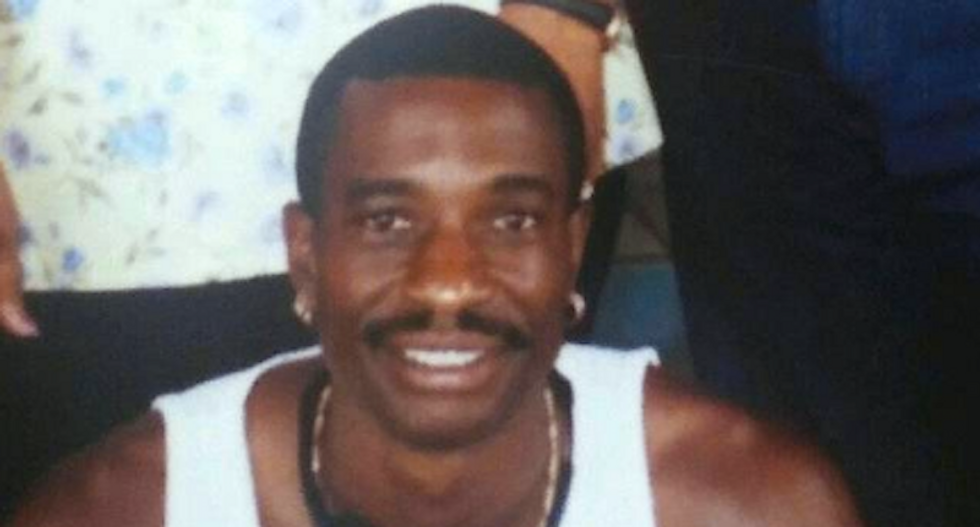 The family of a mentally ill black man seeks justice after Sacramento police finally showed them video of officers gunning down 50-year-old Joseph Mann during a foot chase in July.

Mann's family has been asking to see video evidence of the shooting captured by a surveillance cameras, and now that they've seen it -- they have even more questions, reported KOVR-TV.

The videos show officers open fire on Mann after he stops running, apparently out of breath, and raises a knife toward them standing at least 10 feet away.

Police were called July 11 to North Sacramento, where two 911 callers reported that Mann had a knife and a gun and was acting erratically, although the second caller admitted she did not see the gun herself.

Investigators never found a gun after Mann was fatally shot during the confrontation.

Witnesses said they saw Mann urinate on himself and then begin tapping on an imaginary keyboard, and they called police after seeing him toss a 4-inch knife into the air and catch it by the handle, reported the Sacramento Bee.

A patrol car followed Mann down the street as officers ordered him to drop the knife, but they said he shouted threats at police and then performed karate-style moves.

Police said Mann then charged the patrol car with the knife held above his head, and officers, "fearing for their lives and the safety of the community," fired 18 rounds at the man, striking him 14 times.

Mann's family faulted police for failing to de-escalate the 11-minute encounter with a mentally ill suspect.

“For them to just get out they cars and start shooting my brother, you know, being judge, jury and God -- it’s just not right,” said Robert Mann, the slain man's brother.

The family's attorney said dashboard camera video shows Mann was not as much of a threat to officers as police have said, and the surveillance video shows he was several feet away from the police who opened fire on him.

Mann's family wants the officers involved in the fatal shooting to be fired immediately and prosecuted.

They have filed a federal civil rights lawsuit and a claim against the city charging that officers “confronted and aggressively pursued" Mann before fatally shooting him.