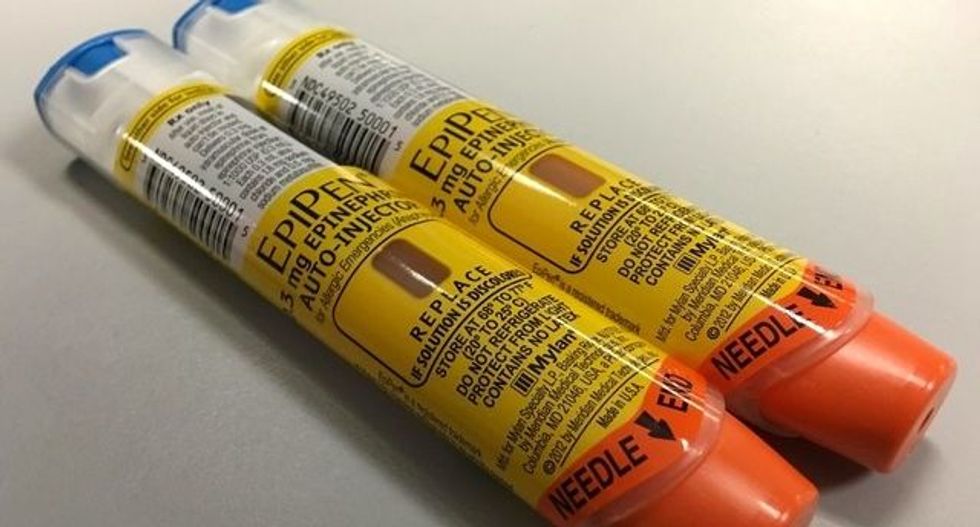 The state of West Virginia is investigating whether Mylan NV violated antitrust law or defrauded the state's Medicaid program in connection with its EpiPen device.

West Virginia Attorney General Patrick Morrisey disclosed the investigation on Tuesday, announcing he had petitioned a state court to order Mylan turn over documents related to EpiPen in response to a subpoena his office issued in August. He said the company missed a September 7 deadline to comply with the subpoena.

Mylan, which has raised the U.S. price for a pack of two EpiPens from less than $100 when it acquired the product in 2007 to more than $600, also faces scrutiny from U.S. lawmakers and an investigation by New York Attorney General Eric Schneiderman over the EpiPen.

A Mylan spokeswoman could not immediately be reached for comment.

EpiPen jabs a dose of the drug epinephrine into the thigh to counter dangerous allergic reactions such as to peanuts, food allergies and bee stings.

Morrissey said in Tuesday's petition that Mylan may have violated the state's Antitrust Act by suing Teva Pharmaceutical Industries Ltd for patent infringement to prevent it from launching a generic competitor to the device.

In a 2012 settlement, Mylan agreed to let Teva begin selling the generic version last year, but the U.S. Food and Drug Administration has not approved it, according to the petition.

Morrissey is also investigating whether Mylan overcharged the state's Medicaid program by classifying the EpiPen as a "non-innovator" or generic drug, even though it is sold as a brand-name drug, according to the petition.

Drug companies are required to pay rebates to Medicaid, which are significantly higher for brand-name drugs than for generics.

Mylan, whose tax address is in the Netherlands but which has corporate headquarters in Canonsburg, Pennsylvania, said last month it would expand discount programs and launch a generic version of EpiPen for $300.

Nonetheless, U.S. lawmakers have continued to press the company on the price of EpiPen. Mylan Chief Executive Officer Heather Bresch is expected to testify Wednesday before the U.S. House of Representatives Oversight Committee.

Schneiderman's investigation in New York, meanwhile, centers on whether Mylan violated antitrust laws in its contracts to provide EpiPens to some school systems.

The company has defended EpiPen's high price, saying it spent hundreds of millions of dollars to improve the product. It has also said it recoups less than half the list price for EpiPens.