'When they come out they're angry': 69-year-old woman relives Trump rally where she was sucker-punched 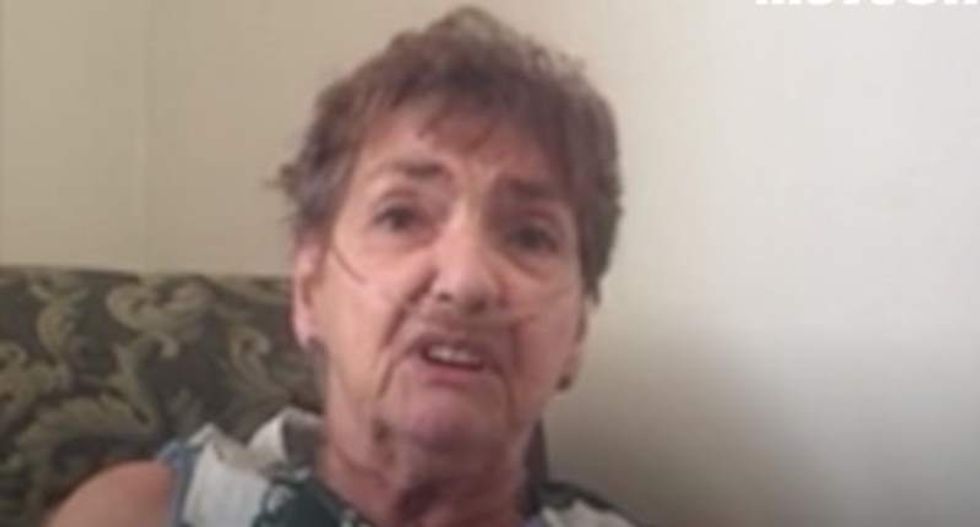 Shirley Teter recalls her attack outside a Donald Trump campaign rally earlier this week in a video released by MoveOn.org on Sept. 15, 2016. (YouTube)

Shirley Teter, the 69-year-old woman who was attacked outside a Donald Trump campaign rally earlier this week, recalled the incident in a video released by MoveOn.org on Thursday.

"I feel sad where our country is being led," she said in the video.

Teter was filmed earlier this week after being punched by a man identified as Richard Campbell after arguing with him at the event in Asheville, North Carolina. Police are still looking for Campbell.

"Belted me in the jaw, knocked me out for a few seconds," she recalled. "I was on the ground."

The video cuts between remarks from Teter and several statements from the Republican presidential nominee embracing the idea of violence against protesters.

"Their demeanor when they go in is totally different than the demeanor they come out with, and when they come out, they're angry," Teter says of attending one of the rallies, adding, "I feel Trump incites them to feel that way."

Watch the video, as posted on Thursday, below.