A girl and her service dog: top US court mulls discrimination claim 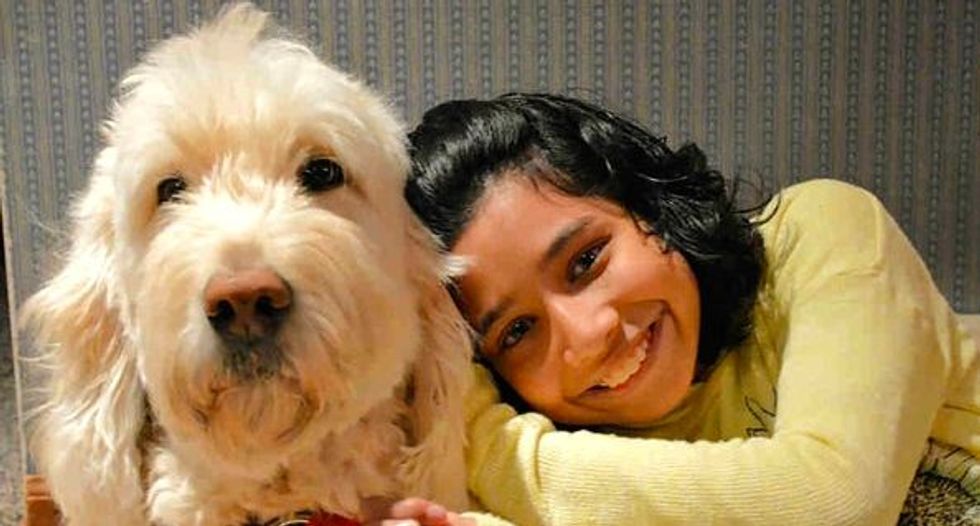 Not for the first time, a pooch named Wonder was left out in the cold on Monday, waiting outside the U.S. Supreme Court as the justices considered whether a Michigan school district can be sued for not letting a disabled girl take the service dog to class.

The court on Monday heard arguments in a case involving Ehlena Fry, a 12-year-old with cerebral palsy, that explores the circumstances under which people can sue for damages arising from discrimination against the disabled.

Several justices indicated that lawsuits like the one brought by the girl's parents might be allowed in certain circumstances.

The girl, from Manchester, Michigan, was born with the condition that affects body movement, muscle coordination and balance. Her pediatrician prescribed a service dog to help her live independently.

Wonder, a goldendoodle, was trained to help her balance, retrieve dropped items, open and close doors, turn on lights, take off her coat and other tasks. Her medical condition imposes no cognitive impairment.

The case arose in 2009 when Ezra Eby Elementary School, which Ehlena attended, refused after a trial period to allow the girl, who was 5 at the time, to continue to bring Wonder to school. The family withdrew Ehlena and home-schooled her for two years. She is now enrolled in middle school and no longer needs canine assistance, though Wonder still lives with the family.

The family filed a lawsuit in 2012, backed by the American Civil Liberties Union, claiming the school violated the Americans with Disabilities Act, which prohibits discrimination against people with disabilities in employment, transportation, public accommodation and other areas.

A judge threw out the lawsuit, saying the family had failed to follow all the administrative procedures available before filing the suit in federal court. The Cincinnati-based 6th U.S. Circuit Court of Appeals in 2015 upheld that decision, prompting the family to appeal to the Supreme Court.

The legal issue is whether the family was required under a separate U.S. law called the Individuals with Disabilities Education Act to try all alternative state remedies before filing a federal lawsuit.

A number of justices indicated that because the family sought monetary damages for emotional distress, not an agreement to allow her to continue attending the school, it would make little sense to require them to undertake the administrative process.

To do so would be "kind of a charade," Chief Justice John Roberts said.