Andrea Mitchell: Is Hillary Clinton 'doping' at debate to cover 'a problem with her health'? 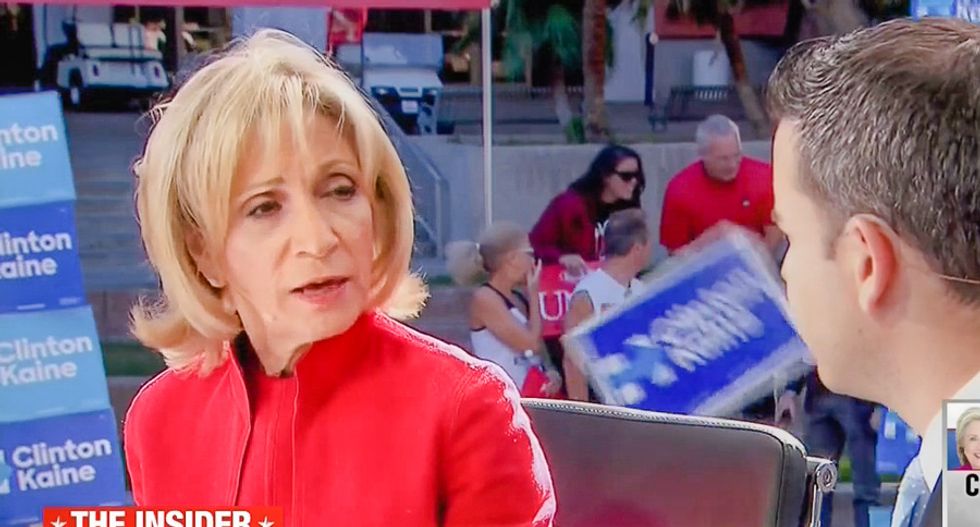 MSNBC host Andrea Mitchell asked the Clinton campaign on Wednesday to respond to Donald Trump's baseless claim that Hillary Clinton is using performance enhancing drugs to defeat him in the debates.

"Donald Trump says that she's got no stamina, that she's got health problems," Mitchell observed, "maybe she was doping before the other debate, she should take a drug test."

"She has been off the campaign trail for five days," the MSNBC host continued. "Is she doing a lot of resting? Is there a problem with her health?"

"No, she's been prepping for the debate," Fallon replied. "We have been quite forthright about the fact that she takes these debates seriously. And I think you see in the strength of her performance thus far that that prep has counted for a lot."

Before concluding the interview, Mitchell pressed Fallon about a new report published by the alt-right website Breitbart, which claims that Bill Clinton sexually assaulted a woman in 1980.

"I wouldn't be surprise of Donald Trump seeks to invoke this Breitbart report tonight or in the coming days," Fallon said. "We're expecting that he will do anything in these closing days. He's essentially practicing a scorched earth approach to this campaign."