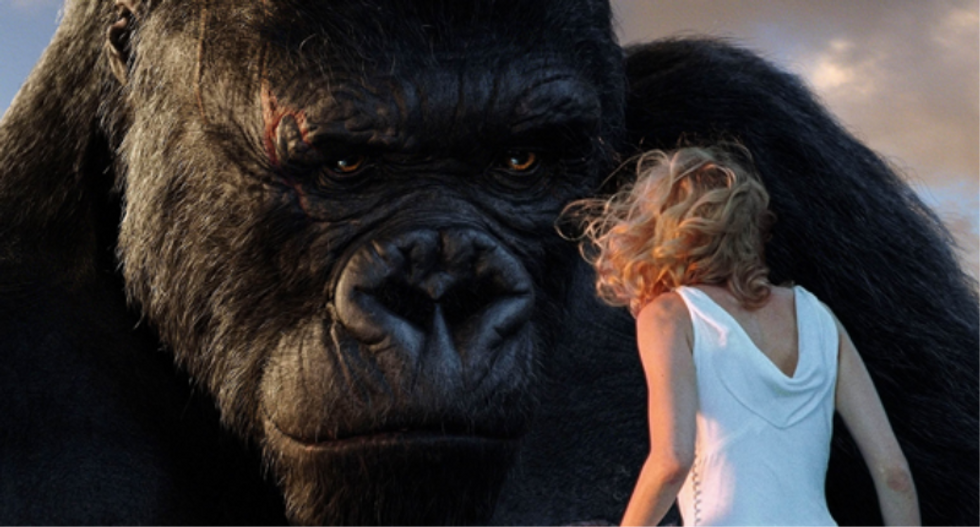 Scientists using homemade videos featuring a person in a King Kong costume have documented a remarkable cognitive skill shared by chimpanzees, bonobos and orangutans: the human-like ability to recognize when someone else's beliefs are wrong.

The research demonstrated that these great apes, humankind's closest living evolutionary cousins, possess a capability thought until now to have been the exclusive domain of people, the scientists said on Thursday.

As individual apes were shown videos featuring a human actor and a costumed ape-like King Kong character, researchers tracked their eye movements. In the video, the human watches King Kong hide an object in one of two boxes. When the person leaves, King Kong moves the object to a new location.

When the person returns to find the object, the apes looked intently at the original spot in anticipation of the person searching there. Even though the apes knew the object had been moved, they understood that the human thought it was still there, said study co-leader Fumihiro Kano, a comparative psychologist at Kyoto University in Japan.

The ability to think about others' thoughts and emotions is at the heart of so much of human social behavior, including our unique forms of communication, cooperation and culture, said study co-leader Christopher Krupenye.

At the core of this ability is understanding that others' actions are guided not necessarily by reality but by their beliefs about reality, even when false, added Krupenye, a comparative psychologist at the Max Planck Institute for Evolutionary Anthropology in Germany who worked on the study, published in the journal Science, at Duke University.

Human children fully develop this understanding by around age 4 or 5.

"Apes are incredibly intelligent, which isn't so surprising given that they are our closest relatives, but I think that a lot of people underestimate the cognitive abilities of animals in general," Krupenye said.

By studying these apes, researchers seek to learn which aspects of human psychology are unique to people and which are shared with other apes and thus likely were present in the common ancestor that lived some 13 to 18 million years ago before the split of the evolutionary lineage of humans and those other species, Krupenye added.

Previous research showed that apes can reason about others' goals and intentions, know what others can see, and understand what others know based on what those others have seen, Krupenye said.