Babies should sleep in parents’ room to help prevent SIDS 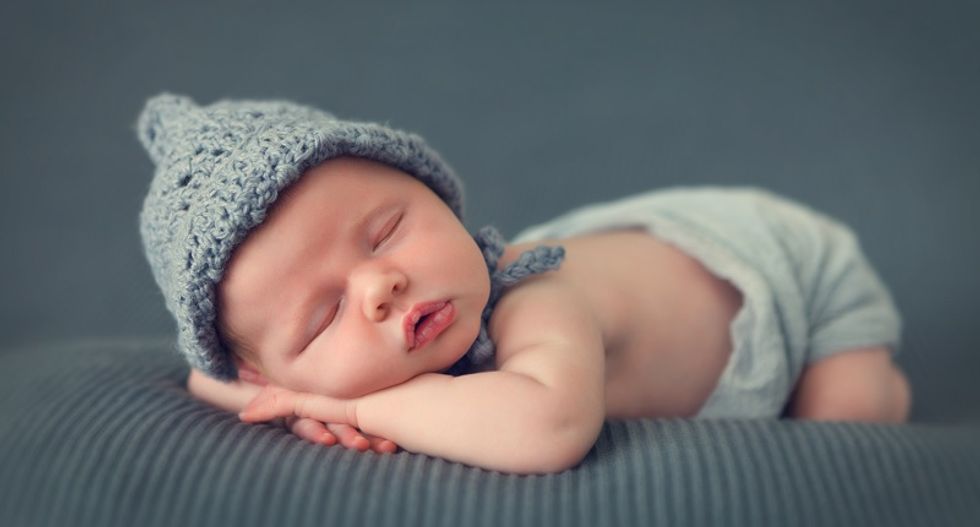 Infants should sleep in the same bedroom as their parents for at least the first six months of their lives to minimize the risk of sleep-related deaths, according to new guidelines from U.S. pediatricians.

Ideally, babies should stay in their parents’ room at night for a full year, according to recommendations released today by the American Academy of Pediatrics.

Babies shouldn’t share a bed with parents, however, because that increases the risk of sudden infant death syndrome (SIDS), the guidelines stress. The safest spot for infant sleep is on a firm surface such as a crib or bassinet without any soft bedding, bumpers or pillows.

Sleeping in the same room, but not in the same bed, may reduce babies’ risk of SIDS by up to 50 percent, said Dr. Lori Feldman-Winter, a co-author of the AAP guidelines and pediatrics researcher at Cooper Medical School of Rowan University in Camden, New Jersey.

“Bed-sharing is potentially hazardous for SIDS, and this is most important for infants under four months of age and those who were premature or low birth weight,” Feldman-Winter added by email.

With cesarean deliveries, mothers can do this with their babies as soon as they are awake and alert after surgery and, in the meantime, fathers or other caregivers can provide skin-to-skin contact to newborns.

Breastfeeding can also help prevent SIDS, but mothers still shouldn’t sleep with babies in their beds to make nursing more convenient in the middle of the night, according to the guidelines, published in Pediatrics.

SIDS has become much less common in recent decades as doctors have urged parents to put infants to sleep on their backs without pillows or other soft bedding and toys that could pose a suffocation risk. But it still remains a leading cause of infant mortality, killing about 3,500 babies a year in the U.S. alone, according to the AAP.

These deaths can be caused by a variety of factors including brain abnormalities or respiratory problems in babies as well as sleeping face down on fluffy surfaces or surfaces that pose a risk of suffocation.

“The majority of sleep-related infant deaths occur when babies are sleeping on their stomach, or with soft bedding nearby, or when bed-sharing with their mother, other caregiver or other family members,” said Dr. Fern Hauck, a pediatrics researcher at the University of Virginia in Charlottesville who serves on the AAP task force on SIDS.

“The new guidelines emphasize the importance of placing infants on their back for EVERY sleep, naptime or nighttime, at home, at grandma's, at daycare and placing babies in a crib or bassinet with a firm mattress, without pillows, soft/loose blankets, bumper pads, or other soft objects, in mother's/parent's room close to her bed,” Hauck added by email. “All of these steps will allow for open flow of air to the baby.”

Roughly one in five sleep-related infant deaths occur outside the home, according to a separate study published in Pediatrics.

Compared to babies who died at home, infants who died outside the home were more likely to be found sleeping on their stomachs or in a stroller or car seat instead of a crib or bassinet, the study found. They were also less likely to be with their parents.

“Parents often assume that when other people take care of their infant, they also know about infant sleep safety. That is definitely not true,” said senior study author Dr. Jeffrey Colvin, a pediatrics researcher at Children’s Mercy Kansas City.

“Parents need to make sure that everyone taking care of their baby follows the A-B-Cs of safe sleep,” Colvin added by email. “Their infant should always be placed to sleep ‘A’ Alone, with no bed sharing or objects in the sleep area, ‘B’ on their back, and ‘C’ in a crib or bassinet only.”