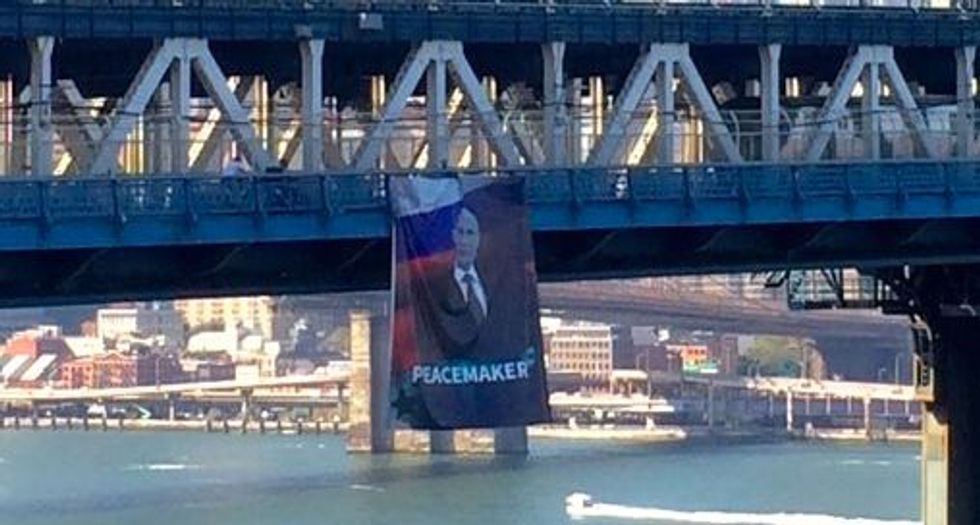 New York City police are looking for whoever draped a gigantic banner featuring a portrait of Russian President Vladimir Putin over the side of the Manhattan Bridge on Thursday.

The 20 by 30 feet banner appeared on the side of the bridge between lower Manhattan and the borough of Brooklyn, featuring the Putin dressed in a suit in front of the Russian flag with the word "Peacemaker" in capital letters.

The New York City Police Department received a call about the banner at 2:45 p.m. and removed it about a half hour later, a spokesman said.

"There are no details on why or who, it has to be investigated," the spokesman said.

Police have made no arrests but are looking at surveillance video on the bridge and in nearby areas to identify a suspect.

In a similar incident in 2014, a large Palestinian flag was suspended from the Manhattan Bridge by solidarity groups during a protest march across the nearby Brooklyn Bridge.