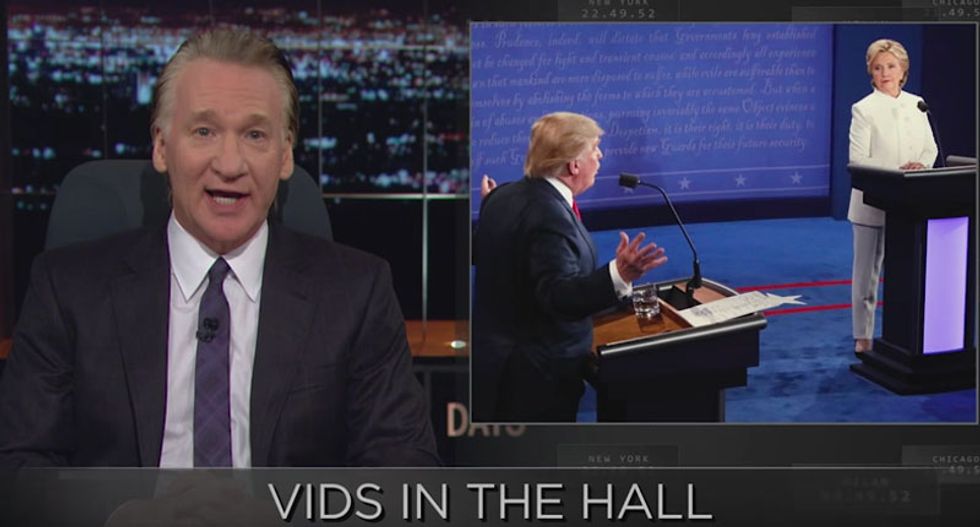 With the election less than two weeks away, HBO's Bill Maher had a message for voters complaining that they are being forced to choose between the "lesser of two evils."

"Grow the f*ck up," the Real Time host suggested.

"Republicans have one path to this election and it's 'false equivalency,'" Maher explained. "They can't deny Trump is horrible - it's on tape. So they want voters to believe that Hillary is just as bad. And in pursuit of that goal they have a very powerful ally -- lazy people."

"People who like to say, 'they're all bad.' Because when you say that, you don't have to do any homework," he continued. "Say, 'they're all the same,' and you can sound justifiably jaded by the entire process when, really, you just don't know anything."

Turning to voters -- and specifically mentioning millennials who are obsessed with "bullsh*t" trivia --- who fail to educate themselves about the stark differences between Hillary Clinton and Donald Trump, Maher lectured, “I am so tired of hearing that Hillary doesn’t seem genuine. Grow the fuck up.”