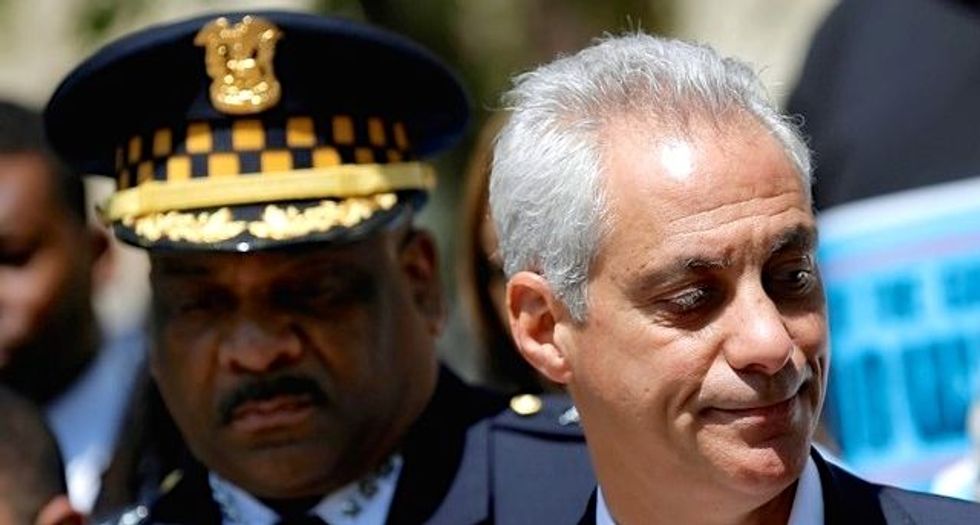 The Chicago Police Department introduced on Friday a stricter draft policy for the use of force that provides guidelines for officers involved in confrontations with suspects and members of the public, the city's police chief said.

The policy comes as Mayor Rahm Emanuel attempts to drastically reform the police department, which has been roiled by numerous incidents of misconduct, prompting an investigation by the U.S. Department of Justice.

The draft "Use of Force Guidelines," were unveiled just days after the Chicago City Council voted overwhelmingly in favor of adopting a new police oversight agency.

"The goal is to make everyone accountable in the police department, from me on down to the last probationary police officer. That's the goal," police superintendent Eddie Johnson told reporters at a news conference on Friday.

Emanuel, who is in his second term as mayor, has rolled out a plan to hire nearly 1,000 new police officers over the next two years and increase the use of body cameras. He also introduced de-escalation training for officers in the wake of the federal investigation.

The investigation was prompted in part by the shooting death in 2014 of Laquan McDonald, a black teenager, by a white officer.

The 41-page policy covers topics ranging from the proper use of Tasers to regulations on discharging firearms, and is "significantly stricter" than what is required under U.S. regulations, the department said.

"In all aspects of their conduct, Department members will act with the foremost regard for the preservation of human life and the safety of all persons involved," the draft, posted online Friday, said.

The policy, an update to current guidelines on the use of force that have been in effect since 2002, will undergo a 45- day public comment period, during which members of the police department as well as civilians have an opportunity to express any concerns.

On Nov. 21, the police department will begin reviewing these comments, with the aim of having the policy finalized by the end of this year.

However, the policy will not be fully enforced until all officers are trained in it, which Johnson said would likely happen around early spring of next year.

Anne Kirkpatrick, chief of organizational development at the Chicago police, said the draft was written after looking at the practices of other U.S. police departments of similar sizes, including Los Angeles, Washington, D.C. and Seattle.