Chicago wants to remove Trump sign after he cites shootings there 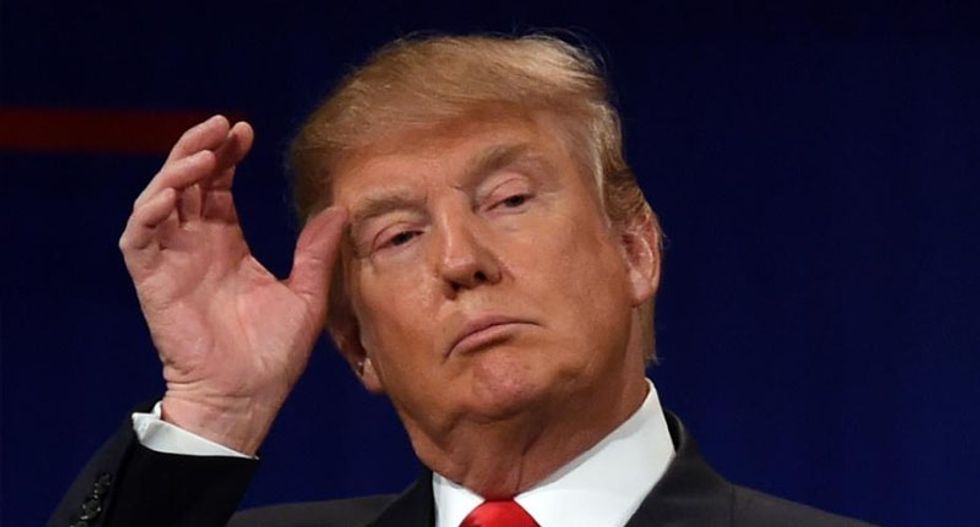 Chicagoans are not too happy with Donald Trump's portrayal of their home town.

Elected leaders in the third largest US city are trying to show their displeasure by taking down an honorary "Trump Plaza" street sign in front of the businessman's Chicago skyscraper.

In the first presidential debate, on September 26, the Republican nominee brought up the thousands of shootings recorded in Chicago and asked, "Where is this? Is this a war-torn country? What are we doing?"

There have in fact been 3,324 shooting victims in the city so far this year, according to data compiled by the Chicago Tribune, and 568 murders.

But it is also home to vibrant tourism, shimmering skyscrapers -- including Trump's own glass and steel tower housing a hotel and condominiums -- and one of the most striking waterfronts in the country.

Local officials have bristled at comparisons to war zones.

"His decision to drag us into this campaign and... paint a very distorted caricature of Chicago is a mistake," said Brendan Reilly, a city council member and the architect of the sign removal effort, which now has the support of Mayor Rahm Emanuel, a prominent Democrat and former chief of staff to Obama.

"We'll put the sign back up when he releases his tax returns," Emanuel quipped at a news conference this week, ribbing at Trump's refusal to disclose those documents.

Trump's campaign shot back that Reilly "should spend his time focused on economic growth, educational choice, and safer streets for Chicago children," Chicago-based Trump surrogate Steve Cortes said, according to the Sun-Times newspaper.

It would take at least a month for the city council to vote on the idea. The presidential election may well be over by the time the sign's fate is decided.

Early this year Trump offended another world-class city, saying that parts of Paris seemed to be "outside the law." Mayor Anne Hidalgo later branded the candidate as "so stupid."