Christian couple leaves waitress an awful rant instead of a tip: A ‘woman’s place is in the home’ 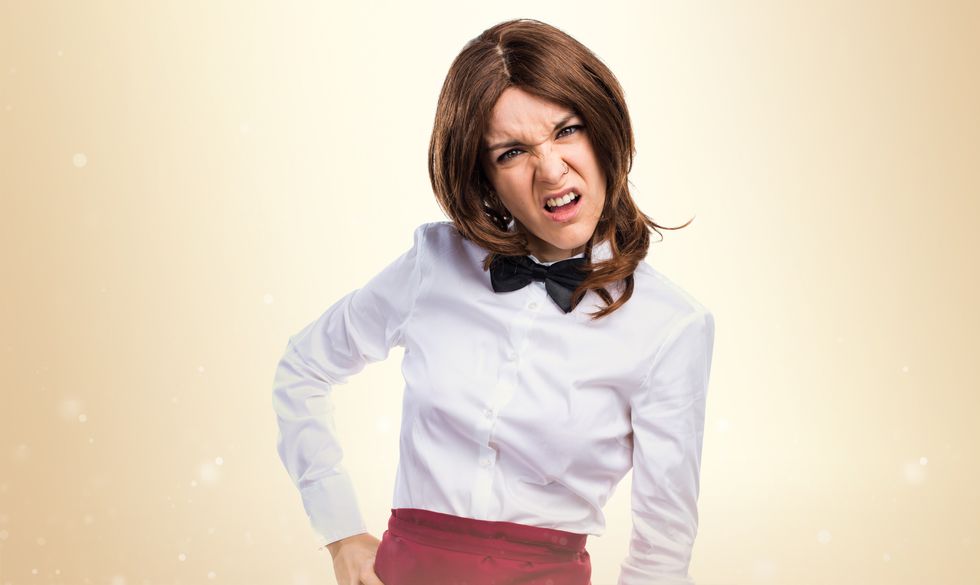 A South Carolina waitress received a bad tip, which came in the form of a napkin rather than dollars, after serving a Christian couple.

According to Live 5 News, the server had just finished clearing their table when the couple wrote her a note on a napkin before promptly leaving.

The napkin tip started with, "Thank you for your excellent service today. Your [sic] a good waitress." However, the note continued on to call the waitress' work a "disgrace" and the couple suggested that a "woman’s place is in the home."

The couple also told the waitress that rather than "looking for handouts to feed your family," — because apparently working as a server is how one seeks handouts — she should go home and clean her house, cook a meal for her family "the way [her] husband and God intended."

They also suggested that her working in a restaurant is likely why her husband is seeing "another woman on his way home from a long day at his work."

The waitress told KMBC she felt "mortified, embarrassed, humiliated even." She also said she "felt hurt, and a bit heartbroken."

She noted, "I have never been married, and have no children. I have a very loving and supportive boyfriend who has been by my side as I have been working and trying to further my education."

The note, in full read:

The woman's place is in the home. Your place is in the home. It even says so in the Bible. You may think that you're contributing to your household by coming into work, but you're not. While you're in here 'working' this is the reason your husband must see another woman on his way home from a long day at his work. Because you should be home taking care of the household duties, you may think what you are doing 'working' is right, it is really essentially a disgrace to his manhood and to the American family. So instead of coming to your 'job' and looking for handouts to feed your family, how's about going home and cleaning your house and cooking a hot meal for your husband and children, the way your husband and God intended, and help make America great again. Praying for families and our nation.