CNN reporter: Trump's 'rigged election' talk will only elect him head of 'the white grievance party' 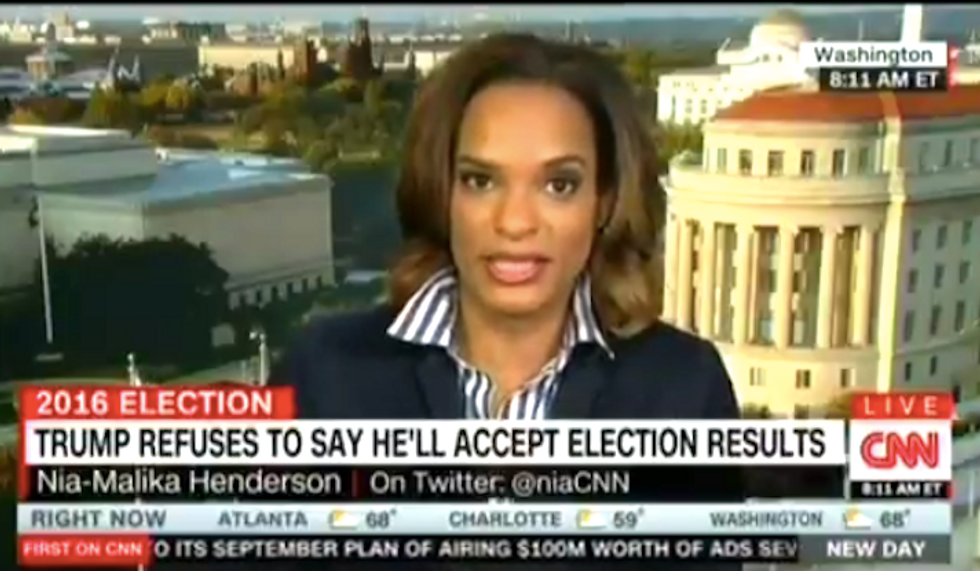 The ongoing talk of a "rigged" election and calls for his supporters to monitor polling places, Henderson said, make Trump "the chairman of the white grievance party."

When conservatives freak out about voter fraud -- a passingly rare problem that has never been a major factor in a U.S. election -- Henderson said they portray it as something that happens in cities, perpetrated by Democrats and black voters.

That is a "dangerous line of rhetoric," she said, "but it is in keeping with the way Donald Trump has run this campaign. It's a very 'us versus them' campaign, all about white grievance politics. And how he's sort of the chairman of the white grievance party in some ways."

Trump is setting himself up to be the "ultimate victim," she said, with his whining and carping about the unfairness of it all.