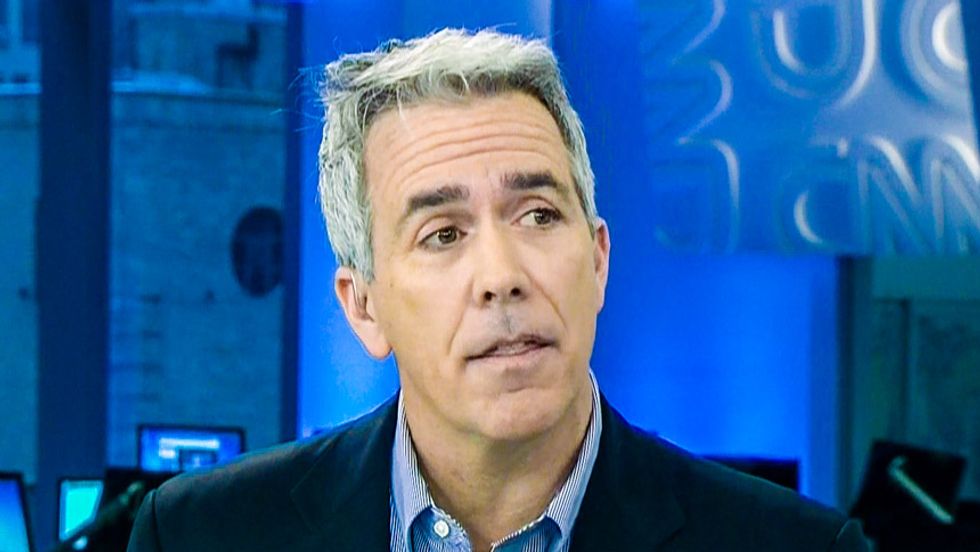 Former Republican lawmaker Joe Walsh said he was not literally asking Americans to take up arms against the government when he urged them to grab their muskets if Donald Trump lost the election.

Walsh suggested Friday morning on CNN's "New Day" that there were far more powerful weapons available than muskets if he was, in fact, calling for armed insurrection.

"If I wanted people to take up arms, why would I recommend people take up an antique like a musket?" Walsh said. "I mean, seriously, in 2016 I want people to go out and find a musket, grab their musket? That’s just silly."

"If she wins fair and square, then the anger that a lot of Americans have toward our political system -- and she's part of that -- we've got to double down and triple down and do whatever we can to defend our freedom," he said. "That phrase, 'grab your musket,' is a phrase I've used probably a hundred times in the last two or three years."

CNN's Chris Cuomo refused to let him off the hook, and accused Walsh of repeatedly inflaming political controversies with provocative statements.

"Words matter, context matters," Cuomo said. "You say, 'This is now war, watch out Obama, watch out Black Lives Matter punks, real America's coming after you.' You only take this one way -- you take it provocatively. Trump is the master of this, and you have to now argue whether that's a good thing or a bad thing. You tell me why it's good."

Walsh, not surprisingly, believed that Trump's provocations were good for politics.

"The American people are waking up," Walsh said. "These are serious times. You nailed it. This is an ugly, nasty election. But you know what? It should be, because things in America right now are ugly and nasty, and we're pissed off, Chris, at Republicans and Democrats."

Despite his protests to the contrary just moments earlier, Walsh seemed to call for some type of revolution -- violent or otherwise -- if Trump lost to the Democratic candidate.

"Look, when I say, 'grab your musket, man, and let's go to war if Hillary wins,' the Republican Party's going to be in our sights," Walsh said. "Because all these people who are pissed off again at what we believe, Chris, is a corrupt political system."

Former Rep. Joe Walsh: When I said grab your musket if Trump loses, I meant we need "to defend our freedom" https://t.co/lgJho3xleM