Colbert ridicules Mike Pence's 'Mexican thing' remark: 'It has a name, governor -- I call it Pedro' 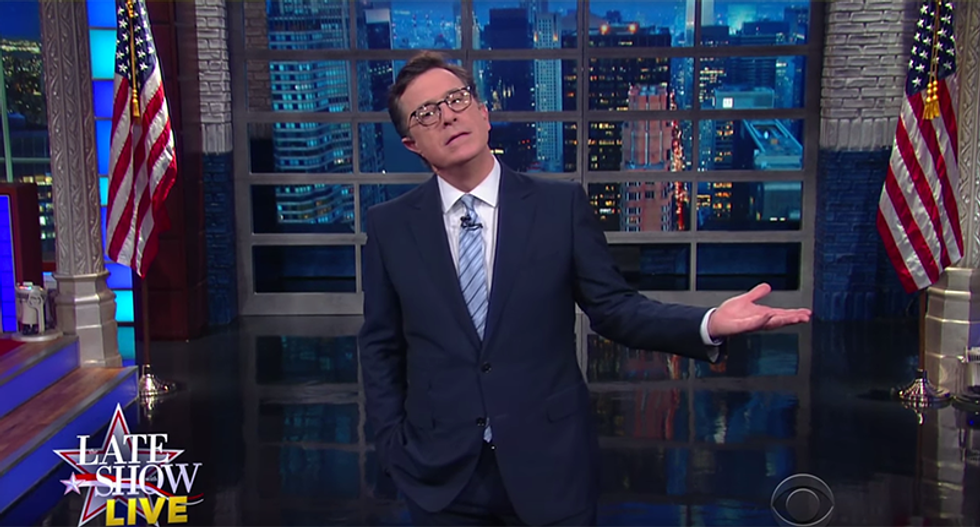 "It was like watching a loaf of white bread get pistol-whipped by a jar of mayonnaise," he told the studio audience.

Noting that few Americans were familiar with the presidential running mates, Colbert offered up some trivia about each, singling out Pence's early days as a radio talk show host -- and using it to get in a dig at Rush Limbaugh.

"Mike Pence is the governor of Indiana who worked as a local talk radio host and described himself as 'Rush Limbaugh on decaf,'" Colbert began before adding, "That's interesting. I didn't realize caffeine was the active ingredient in oxycontin."

Colbert his his stride after sharing a clip of a testy Pence telling Kaine, "Senator, you whipped out that Mexican thing again."