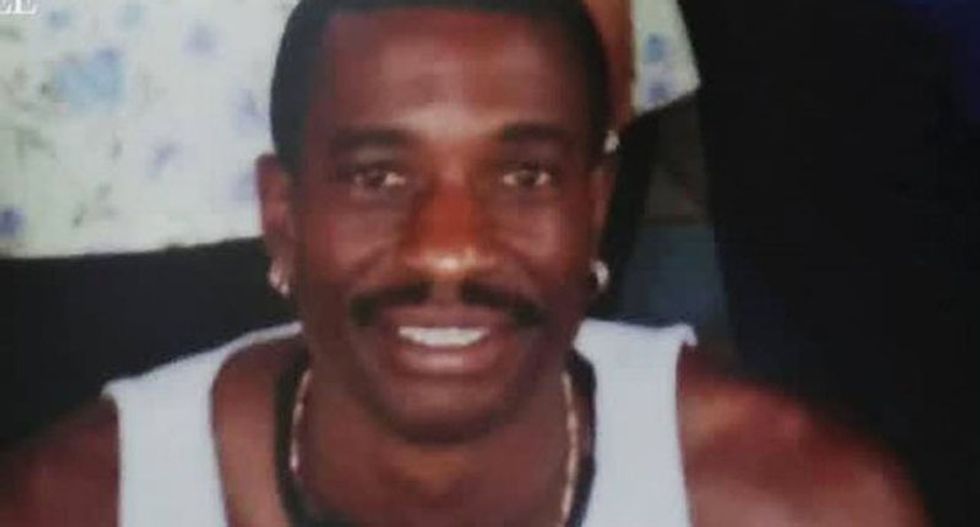 Two Sacramento police officers heard on a dashboard-camera video discussing how they might run down a fleeing black man with their patrol car before killing him in a burst of gunfire should be charged with murder, a lawyer for his family said on Monday.

Attorney John Burris said in a phone interview the dashcam video released by the city last week strongly suggested the officers who shot Joseph Mann more than a dozen times on July 11 had already made up their minds to harm him before getting out of their squad car and opening fire.

Sacramento police have said two officers were responding to emergency calls in California's capital city about a man armed with a gun and a knife, although Mann, 51, was later found to have only a knife.

Burris and family members contend that Mann was mentally ill and disconnected from reality at the time.

"It is as much of an execution as I've ever seen in a police case, and there should be ramifications for that," Burris told a news conference where he called for murder charges to be filed in the case.

The dashcam audio-video tape surfaced around the time of two other fatal police shootings of black men in California - one in the San Diego suburb of El Cajon last Tuesday and one in Los Angeles on Saturday - that triggered a weekend of protests in both communities. [nL2N1C91JX]

Burris, who has already filed a civil rights lawsuit over the Mann shooting, said he also sent a letter to U.S. Attorney General Loretta Lynch calling for a federal probe of the case.

In the dashcam video obtained by the Sacramento Bee newspaper, which enhanced the audio, the patrol car can be seen driving toward Mann as he fled on foot. One officer is heard saying: "I'm going to hit him," and the partner responds: "Go for it."

The video twice shows the patrol car veering toward Mann, who appears to run to dodge the vehicle.

Out of full view of the camera, the two policemen, John Tennis and Randy Lazoya, exit the vehicle before fatally shooting Mann, Sacramento City Attorney Jim Sanchez said in a phone interview.

Burris said the two officers are white, but Sanchez declined to give their race.

The Sacramento County district attorney is conducting a criminal review of the shooting.