Death toll from Hurricane Matthew rises to 140 in Haiti 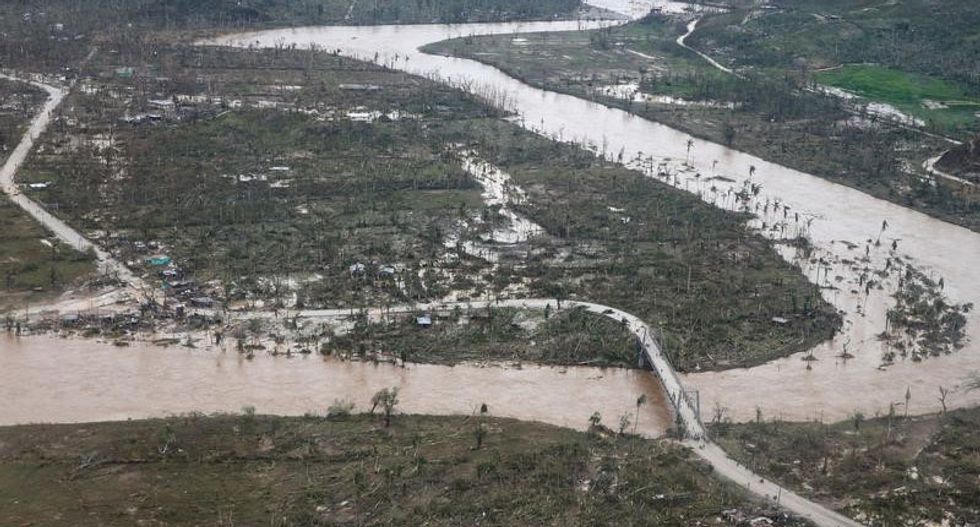 Hurricane Matthew has killed at least 140 people, almost all of them in hard-hit Haiti, where authorities and rescue workers were still struggling to reach remote areas as the storm powered its way towards Florida.

Haiti's civil protection service put the toll in the impoverished Caribbean nation at 108 dead, with many of them killed by falling trees, flying debris and swollen rivers. The Interior Ministry, a mayor and other local officials confirmed 28 other deaths to Reuters across Haiti.

That included 24 people killed in the coastal town of Roche-a-Bateau in Sud Department and 38 in the department Grand Anse, areas directly in the path of the hurricane.

"I've never seen anything like this," said Louis Paul Raphael, a central government representative in the Roche-a-Bateau.

Four people were killed earlier in the Dominican Republic, which shares the island of Hispaniola with Haiti.

Matthew is the strongest hurricane in the Caribbean since Felix in 2007 and is now over Bahamas as a Category 4 cyclone, the second strongest on the Saffir–Simpson hurricane wind scale.

On Tuesday and Wednesday it whipped Cuba and Haiti with 140 mph (225 kph) winds and torrential rain, pummeling towns, crops and homes and killing livestock.

The devastation in Haiti prompted authorities to postpone a presidential election scheduled for Sunday.