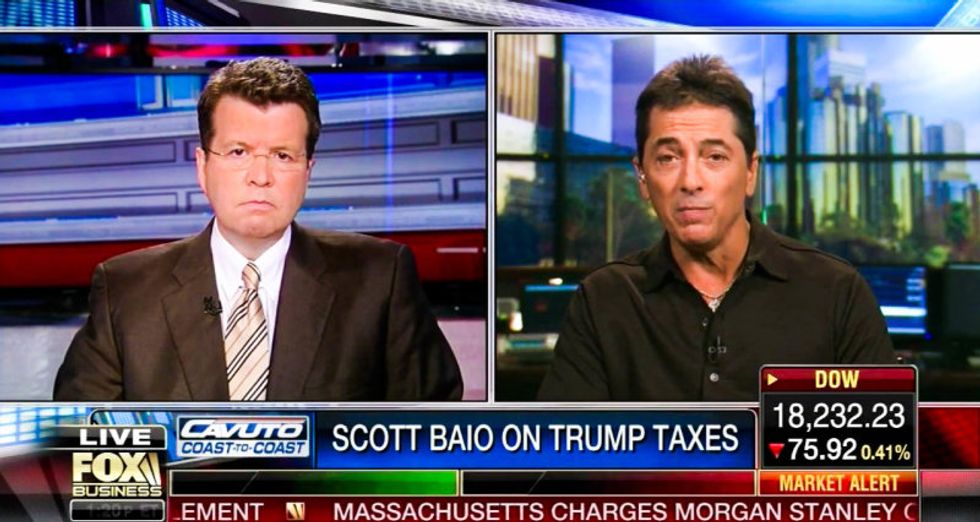 With news of Donald Trump's leaked tax returns dominating the headlines, Fox has decided to bring out the big guns to defend the Republican presidential nominee.

Unfortunately, however, it seems that none of them were available, which is how they wound up getting stuck with Trump-supporting actor Scott Baio.

Appearing on Fox Business's Cavuto Coast-to-Coast on Monday, Baio explained to host Neil Cavuto that Trump losing $1 billion over the span of just a year showed that he's the ultimate American success story.

"This guy lost his own money and then rebounded, because that's what this country is all about," Baio said. "My father went through the same thing, though not at a billion-dollar level. And he didn't ask anything from anybody, he picked himself up and he kept going."

Cavuto then asked Baio if his father wrote off his losses and didn't pay any income taxes for years.

"I was three, I don't remember," Baio laughed.

Cavuto then asked Baio if Trump should have just released all his tax returns a year ago so that none of this would be news today.