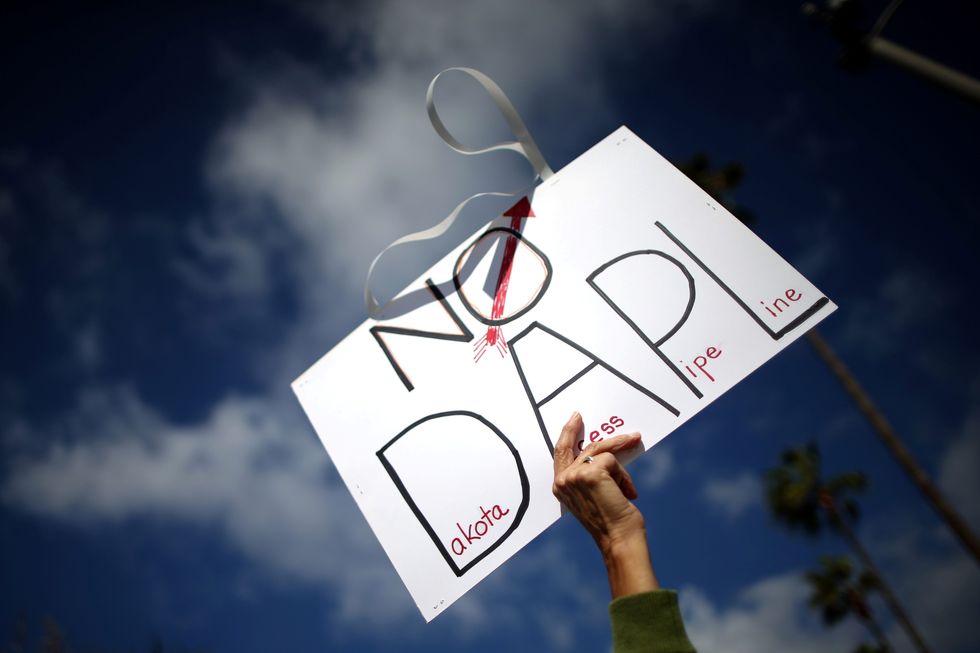 Around 80 protesters were arrested on Saturday for trespassing and rioting near a pipeline construction site in North Dakota, according to the local sheriff's department, who said pepper spray was used on some demonstrators.

Rob Keller, a spokesman for the Morton County Sheriff's Department said by telephone that the department responded early in the morning to a group of around 200 to 300 protesters near the site of the Dakota Access pipeline.

Police used pepper spray to subdue some protesters and a section of a state highway was shut down because of the demonstration, but had since reopened, Keller said.

The sheriff's department was still counting the exact number of arrested, Keller said, and planned to release a statement explaining the use of pepper spray by law enforcement.

The Standing Rock Sioux tribe and environmental activists have been protesting construction of the 1,100-mile (1,886-km) pipeline in North Dakota for several months, saying it threatens the water supply and sacred sites. Numerous protesters have been arrested near the pipeline.

It was unclear who organized and led the protest. A spokesman for the Standing Rock Sioux could not immediately be reached for comment.

The pipeline, being built by a group of companies led by Energy Transfer Partners LP , would be the first to bring Bakken shale from North Dakota directly to refineries on the U.S. Gulf Coast.

Supporters say it would provide a safer and more cost-effective way to transport Bakken shale to the U.S. Gulf than by road or rail.

Earlier this week, pipeline equipment in Iowa was intentionally lit on fire causing about $2 million in damage, according to local authorities and company officials.

(Reporting by Timothy Mclaughlin in Chicago; Editing by David Gregorio)