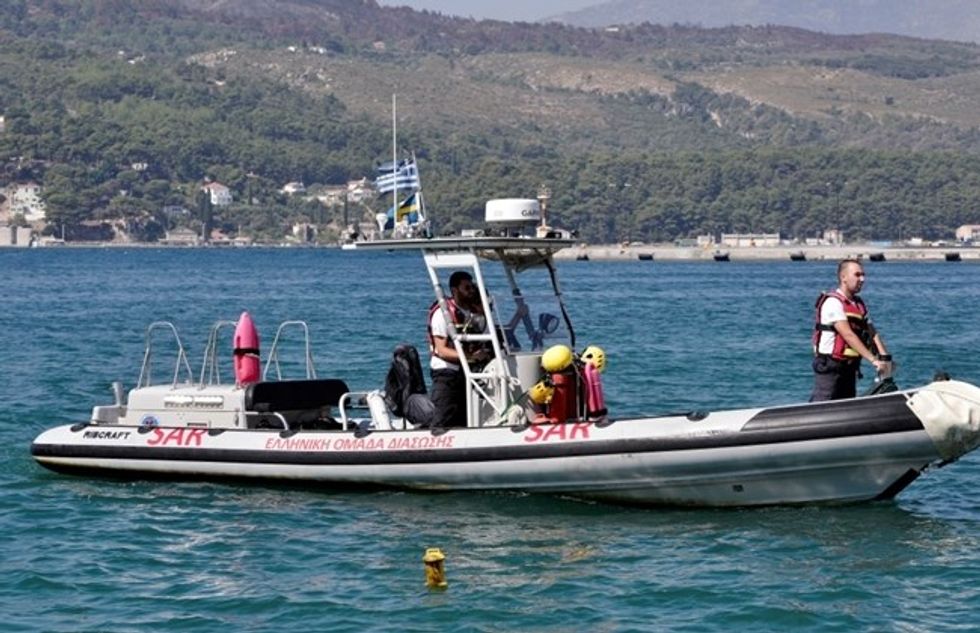 Hellenic Rescue Team boat arrives to the port on the Greek island of Samos on September 1, 2016. AFP / LOUISA GOULIAMAKI

Dozens of migrants were rescued Saturday off western Greece after their vessel sent a distress call, the coast guard said.

The 131 migrants, whose nationalities have not been revealed, said to have been trying to reach Italy, according to initial reports.

Around five of them had managed to reach the shore by themselves, according to the Athens News Agency.

The migrants sent a distress call to the European emergency telephone number 112 from the 18-meter (60-foot) vessel after bad weather conditions overnight.

The boat docked at the western Greek port of Methoni in the Peloponnese peninsula with the help of the harbor police and all those aboard were safe.

Smugglers are trying to explore new migrant routes afters the closure of the so-called Balkan route by the eastern European governments.

Since then the flow of migrants has shifted back towards people crossing to Italy from North Africa, with 140,000 making this trip since the start of this year.