Evangelical Christians are on the left too 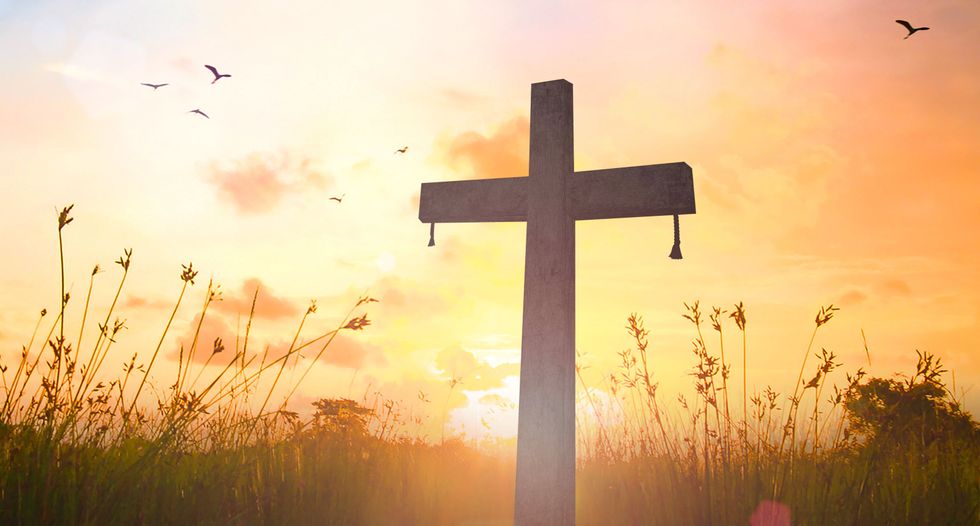 On Oct. 3, Longwood University, a public university in Virginia, hosted the first and only 2016 vice presidential debate. In what were described as the debate’s “most sincere” and “most honest” moments, Senator Tim Kaine (D-VA) and Governor Mike Pence (R-IN) discussed their religious faiths.

Pence, a Roman-Catholic-turned-evangelical, appealed to familiar concerns of the Christian right, such as abortion and “the sanctity of life.” Kaine, a Roman Catholic, emphasized the moral responsibility of honoring individual choice.

That Pence pivoted toward abortion is not surprising. Since 1973 – when the landmark Supreme Court decision, Roe v. Wade, legalized the right to an abortion – the Christian right has put abortion, as well as homosexuality and “family values,” at the center of conservative politics.

This particular focus stemmed from the fear, particularly among white southern evangelicals, of disturbing an old order based on white supremacy, heterosexuality and female domesticity. Decades of judicial and legislative progress toward a more inclusive and democratic nation as a result of the civil rights, women’s rights and gay liberation movements of the 1960s and 1970s only increased that fear. It also consolidated southern white evangelicals’ political strength in the Christian right.

It is not surprising, therefore, that since the 1970s, it is the Christian right that has set the discourse about religion in America. What has remained unrecognized is the important role the Christian left has played during the last 50 years.

What is the ‘Christian left’?

Generally, left and left-leaning Christians seek religion not so much in expressing faith in social justice. Sociologist Nancy T. Ammerman has found that these “lay liberals” are “defined not by ideology, but by practice.” They especially value practicing Christianity according to the Golden Rule, or Jesus’ message,

“In everything do to others as you would have them do to you.” (Matthew 7:12)

Their concerns include income inequality, racism, violence, hunger and homelessness. They do not necessarily support the hard-line ideological positions of the Christian right, including those regarding LGBTQ Americans and marriage equality.

The Christian left does not easily fit within traditional organizational structures, though they do value church membership.

The Pew Research Center’s 2014 Religious Landscape Survey is suggestive of this trend. In the American South, where 34 percent of residents identify as evangelicals and 14 percent as mainline Protestant, the survey found that at least 21 percent of adults identify as liberal and 32 percent as moderate. These data suggest that the Christian left has found space within evangelical and mainline Protestant southern churches.

A historic tradition, a southern legacy

The Christian left is not a new phenomenon. American Christians have played important roles in many progressive movements dating back to the anti-slavery movement of the early- to mid-19th century.

After the Civil War, many Christians championed workers’ rights, orphanages and schools, women’s suffrage and resistance to American intervention in World War I. During this time, the black church, particularly in the South, became an important instrument in promoting social activism based on ideas of “social responsibility and good works” grounded in Christianity. 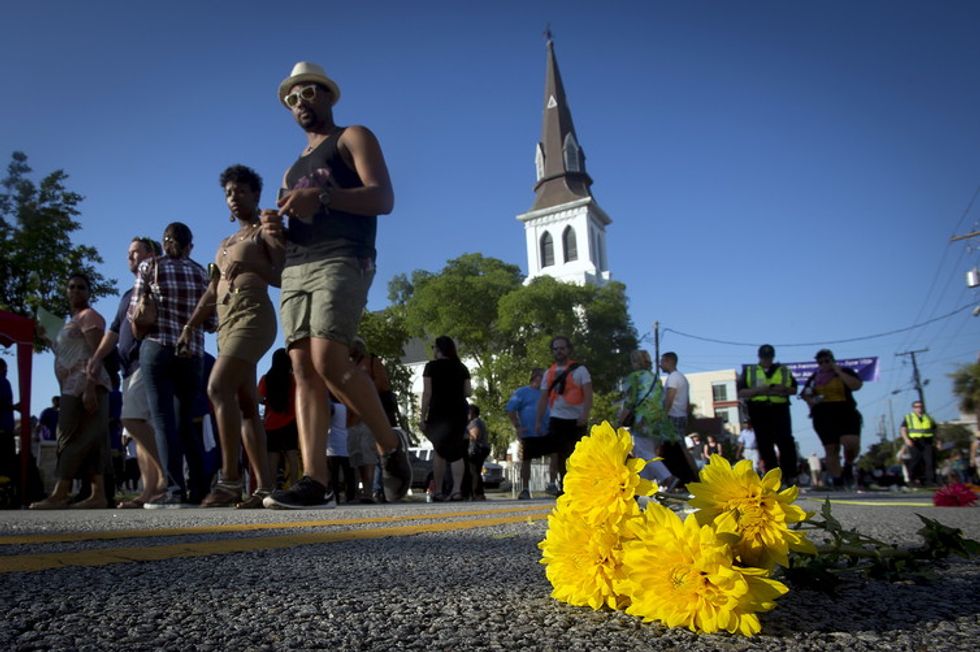 The black church has historically been an integral part of social justice movements.

The black church was integral to the civil rights movement. At the time, both black and white Christians living in the South confronted head-on the Jim Crow laws, which enforced segregation and voting rights.

In the aftermath of the Supreme Court’s historic decision in Brown v. Board of Education (1954), which made racial segregation illegal, many white Christian leaders joined hands with African-Americans to advocate for racial justice within their white congregations, as racial injustice continued.

One of the most well-known Christian left organizations at the time was the Southern Christian Leadership Conference (SCLC). Formed in 1957, the SCLC put black evangelical clergy at the forefront of the movement, including Rev. Dr. Martin Luther King Jr. It coordinated with local civil rights organizations and played a role in voter drives and the 1963 March on Washington. That was where King delivered his famous “I Have a Dream” speech.

Perhaps King best summarized his vision for the Christian left, shared by the SCLC, when he wrote from inside a Birmingham, Alabama, jail cell,

“Was not Jesus an extremist in love?”

It is important to note that the Christian left did not limit its reach to racial justice, nor did its significance wane in the 1970s and ‘80’s, when the Christian right consolidated its political base.

For example, it is not widely known that some Christian denominations welcomed LGBTQ Americans. According to historian Jim Downs, churches for gay men and women, including those located in the South, played an important role in gay liberation in the 1970s. In the 1980s, mainline Protestant denominations such as the Episcopal Church formed support ministries for LGBTQ members. Episcopalians also took a lead role in affirming women’s rights by ordaining women.

A southern phenomenon then and now

This history of Christian activism in the South continues today. North Carolina – a state that has been the focus of my own research – exemplifies how the Christian left’s past informs its present.

Historically one of the most progressive southern states, North Carolina is home to the Moral Monday Movement. Formed in 2013 by Rev. Dr. William Barber, president of the North Carolina National Association for Advancement of Colored People (NAACP), the movement raises its voice against a wide range of issues related to unfair treatment and discrimination such as restriction of voting rights and cutting funding for Medicaid, welfare and education. 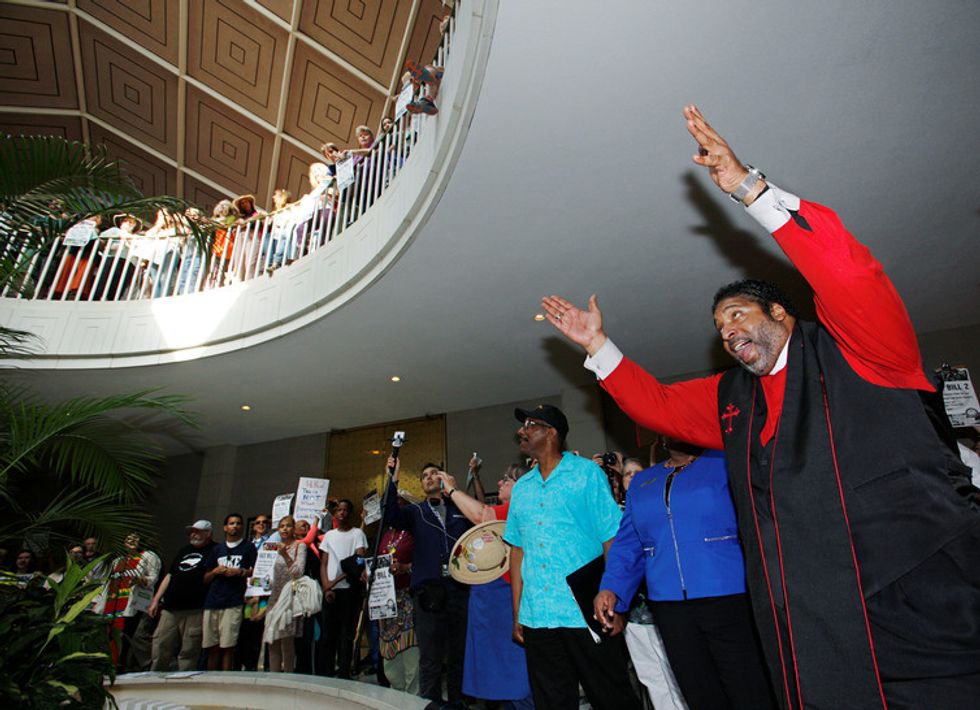 Reverend Barber, president of the NAACP’s North Carolina chapter and leader of the ‘Moral Monday’ movement, speaks against the state’s HB2 ‘bathroom law.’

When the Moral Monday Movement began in North Carolina in 2013, religious leaders issued a joint statement urging activism not along partisan but religious lines.

The movement has since spread to other southern states, including Georgia, Florida and Mike Pence’s home state, Indiana. Moral Monday rallies have also been held in Alabama and Missouri.

Despite the growth of movements such as Moral Mondays, however, the Christian left often gets lost in media coverage during election cycles.

This is not surprising as media coverage of religion is limited. In 2008 and 2012, merely one percent of media coverage concerned religion, and 2016 appears to be no different.

Furthermore, whatever coverage does take place is often limited to conservative Christians and the “red states” of the South.

Unfortunately, the “red state” identification does not capture the region’s social, political and racial diversity. It is true that religion is important in the South. In 2014, 62 percent of adults in the South reported that religion was “very important” to them. However, the percentage of religious southerners who lean Republican and Democrat are roughly the same (approximately 40 percent).

The voices that have been missed

It is important to note that even in this election cycle, the South’s Christian left has not been silent. 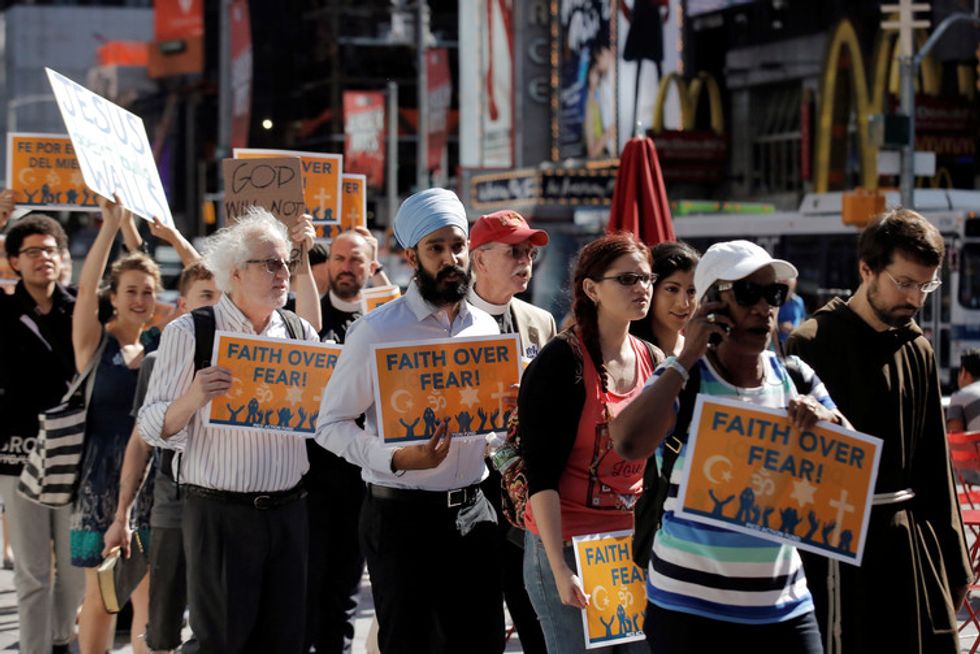 On Sept. 26, in the aftermath of the fatal shooting of Keith Lamont Scott by a Charlotte police officer, Rev. William Barber led a “unity rally for justice and transparency” at a historic black church in North Carolina, where he asked his audience to hold up their “faithful voter cards.” He led the gathering in a civil rights marching song.

This year’s presidential election might be an opportunity for the Christian left to become more visible. There were indications of this when on Oct. 6 more than 100 evangelical leaders denounced Republican presidential candidate Donald J. Trump and warned the media against viewing evangelicals as a monolithic group.

Of course, the “Christian left versus Christian right” discussion is itself limiting. In the context of the rich religious pluralism of the U.S., we must ask more broadly what the religious left can do collaboratively to affect change in American political discourse.

There is movement in this direction, including in the federal government. For example, in 2009, just two weeks into his first term, President Barack Obama established the White House Office of Faith-Based and Neighborhood Partnerships. The office has embraced core principles of the Christian left, including social and economic justice. This year it appointed Barbara Satin to the advisory council, who is the first openly transgender appointee and an active member of the United Church of Christ.

Such examples can prove instructive, especially to local, grassroots organizations. As election day approaches, the Christian left can play an important role in taking a stand in favor of this progress.

Host Sean Hannity laid out a scenario, attacking Biden for deciding to not sanction a Russian oil pipeline. "Maybe Joe thinks that Russia has him compromised?" he told viewers, despite no evidence to support that claim.