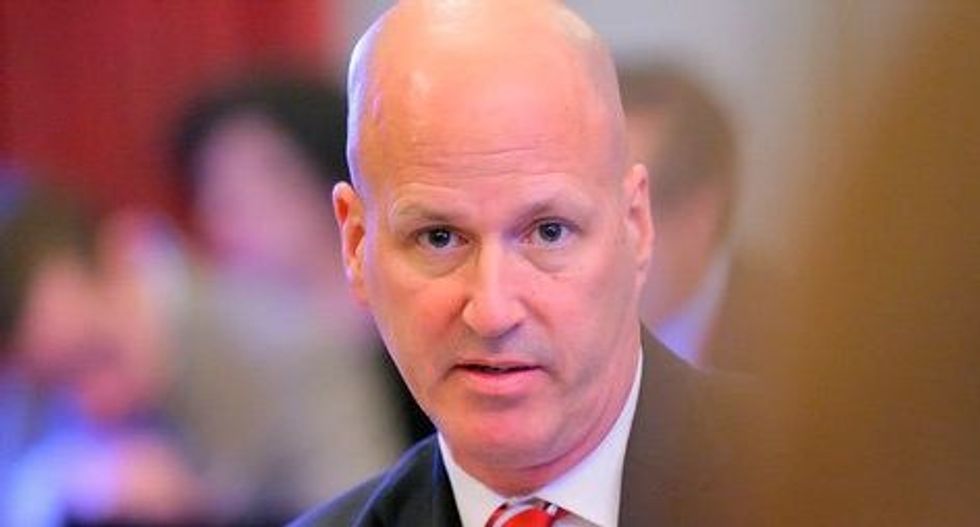 Testimony on Wednesday by Chris Christie's former press secretary added to mounting evidence that the New Jersey governor knew earlier than he has acknowledged that key members of his staff were involved in the "Bridgegate" plot to create traffic gridlock as political payback.

Michael Drewniak, testifying in the conspiracy trial of a Christie aide and a Christie political ally, told jurors about a dinner he had on Dec. 4, 2013, with David Wildstein, the alleged mastermind of the lane closures at the busy George Washington Bridge in September of that year.

Drewniak testified that Wildstein told him that Christie's deputy chief of staff, Bridget Kelly, and his campaign manager, Bill Stepien, were aware of the lane closures while they were occurring, and so was Christie.

The next day, Drewniak said, he met with the Republican governor and his chief of staff, Kevin O'Dowd, and relayed Wildstein's assertions.

Christie held a news conference eight days later to insist that no member of his senior staff had been aware of the closures. Christie has said he learned of Kelly's possible involvement in January 2014, when emails discussing the scheme became public.

The lane-closure scheme prompted massive gridlock in Fort Lee to punishment the town's Democratic mayor for refusing to endorse Christie's re-election campaign that year, according to prosecutors.

Drewniak was the first witness called in federal court in Newark by Kelly, who is on trial alongside former Port Authority of New York and New Jersey executive Bill Baroni for their alleged roles in the conspiracy.

On the witness stand, Drewniak insisted that Wildstein never confirmed any political motivation, instead sticking with what turned out to be a bogus cover story that the closures were part of a traffic study.

Wildstein, who has pleaded guilty and is cooperating with prosecutors, previously testified he told Drewniak about the true nature of the plot.

Kelly is expected to testify later this week.

(Reporting by Joseph Ax; Editing by Scott Malone and Will Dunham)