Former Pennsylvania attorney general to be sentenced for perjury 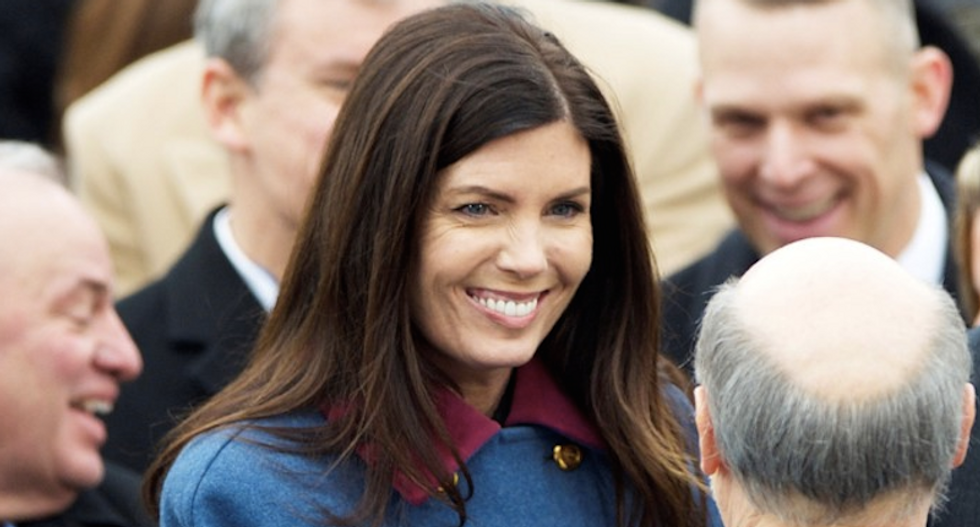 Former Pennsylvania Attorney General Kathleen Kane is due to be sentenced on Monday for leaking grand jury information to embarrass a rival and then lying about it to investigators.

Kane, 50, the first woman and first Democrat elected attorney general, faces a maximum prison sentence of 24 years but state guidelines suggest she could get a significantly shorter sentence. In court papers she asked to be sentenced to house arrest to allow her to care for two minor children.

Kane was convicted by a jury in Montgomery County Court of Common Pleas in August and resigned two days later.

District Attorney Kevin Steele, who prosecuted the case, opposed Kane's request for house arrest, saying it was inappropriate for someone facing a state prison sentence and suggesting that Kane's ex-husband could care for the children.

Steele filed a memorandum last week opposing Kane's request for leniency and asking for "consecutive" sentences of an unspecified length.

Judge Wendy Demchick-Alloy is not bound by the sentencing guidelines.

Kane was convicted of leaking confidential grand jury information in 2013 to a reporter for the Philadelphia Daily News to retaliate against a former state prosecutor, Frank Fina. She believed Fina had told the Philadelphia Inquirer about her decision to drop prosecution of a case Fina developed against six black Democratic legislators in Philadelphia.

Kane is the second Pennsylvania attorney general in the past quarter-century to be convicted of crimes committed in office. In 1995, Attorney General Ernie Preate pleaded guilty to mail fraud and served a prison sentence.