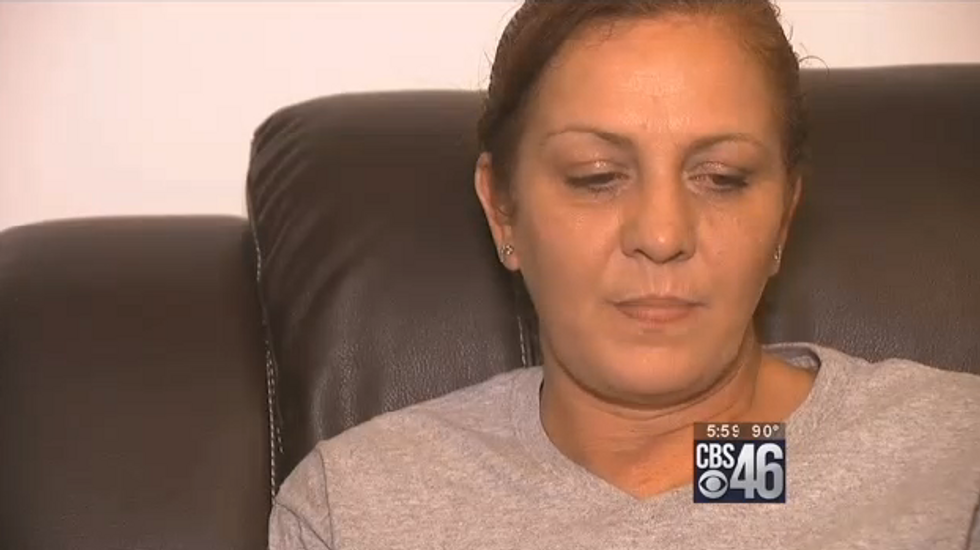 Officer Sherry Hall of Jackson, Georgia was arrested on Monday after fabricating a story last month that she had been shot by a black man while on duty, according to the New York Daily News.

Hall alleged that she was shot in the abdomen on September 13 during an encounter with a black suspect who fled the scene into the woods.

Georgia Bureau of Investigation Special Agent Joe Wooten said in a press conference on September 24 that Hall lied about being shot and that she would face several felony charges, which include false statements, tampering with evidence, interfering with government property, and violating oath of office.

During the news conference, Towaliga Judicial Circuit District Attorney Richard Milam said, "There is no person out there with a gun shooting at our police officers."

Hall's statements are incredibly irresponsible and problematic, especially given the racial tensions across the country stoked by racialized police violence.

The officer reportedly repeated her story in various interviews over the course of the last month and told the WGCL-TV station, "He shot me. I can’t believe he shot me. Why’d he shoot me? I’m just trying to help him."

Hall described the man who allegedly shot her as a "5’8″ to 6′ black male weighing about 200 pounds," according to the Free Thought Project.

Hall's story only furthers the narrative of the so-called "war on cops" that conservatives have pushed in response to the Black Lives Matter movement.

However, there is no "war on cops," and certainly no need for a "Blue Lives Matter" movement. ThinkProgress reports that the job of policing is actually safer now than it once was, noting that the number of on-the-job police deaths has declined over the last three decades.

On the other hand, black communities continue to be struck with trauma and grief as violent and racist policing continues across the country.

This year alone, there have been 824 people killed by police, 201 of whom were black, according to the Guardian's the Counted, a database that tracks police shootings.

Hall's case is not an isolated incident, and the narrative that her rhetoric upholds is dangerous. Another Georgia officer was fired — just a few days after Hall was arrested — for sending racist messages on Facebook.

Hall was booked into the Butts County Detention Facility on Monday. She was set to make her first court appearance on Tuesday, My AJC reports.