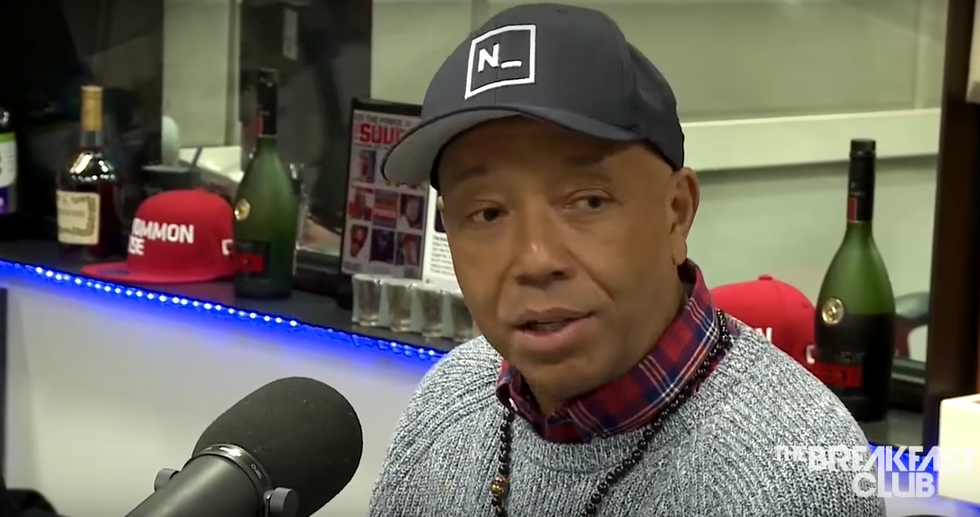 In a recent interview with Fortune, music mogul Russell Simmons discussed his relationship with Republican nominee Donald Trump, with whom he was friends for 30 years.

Simmons told Fortune that he was able to have friendships with people like Trump and former Fox CEO Roger Ailes, despite their political beliefs. He said, "I can believe in them, I can like them."

However, he also said that Trump isn't a "suitable person for the presidency," noting times when Trump had made racist and anti-semitic comments over the course of their friendship.

Simmons said, "People carry beliefs that are hurtful, none of us are enlightened ... I would laugh off things he said that were off-color, that kind of didn't represent my viewpoints. Certainly, I heard things that seemed a little racist."

Simmons noted how some of Trump's comments were at times anti-black and Islamophobic. "The fear," Simmons explains, "is that his statements would take people who would never even admit to having those seeds of hate in them, and water those seeds, and then those people would say things they wouldn't even imagine saying, and then it became the norm."

The interview with Fortune is not the first time Simmons has opened up about his friendship with Trump. In an interview with CNN Money in September, he told CNN correspondent Cristina Alesci, "[Donald] has said racist things for 30 years."

"White supremacy, he's the epitome of it," Simmons continued. "He represents the image of white supremacy more than any candidate I've seen."