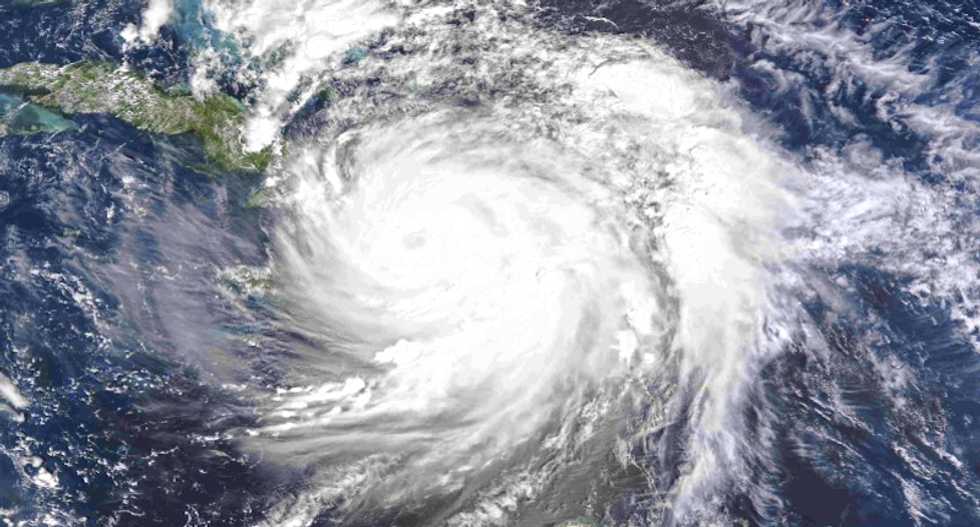 Hurricane Matthew is seen over Haiti in this image taken from NASA’s Aqua satellite October 4, 2016. (NASA/Handout via REUTERS)

Electricity companies in Florida said Hurricane Matthew knocked out power to almost 800,000 homes and businesses on Friday as the storm blasted the state's east coast.

Though still early, the number of power outages did not seem as high as previously projected.

On Thursday, NextEra Energy Inc's FPL power company, the biggest in Florida, forecast Matthew could leave as many as 2.5 million homes and businesses without service, some for extended periods of time.

Matthew, the first major hurricane threatening a direct hit on the United States in more than 10 years, lashed Florida with heavy rain and wind, after killing more than 800 people in Haiti as it marched north through the Caribbean.

At 11 a.m. EDT (1500 GMT), the center of Matthew was located about 95 miles (155 km) southeast of Jacksonville, Florida, according to the U.S. National Hurricane Center.

It was packing winds of 120 miles per hour, making it a powerful Category 3 hurricane as it heads north toward the Georgia and South Carolina coasts by early Saturday, the hurricane center said.

The NHC forecast Matthew would weaken into a tropical storm in about two days as it turns south on a track that would take it back over the Bahamas and Florida again by the middle of next week.

With so many power outages, the state's utilities do not have to import as much natural gas as usual to generate electricity.

(Reporting by Scott DiSavino in New York and Arpan Varghese in Bengaluru; Editing by Bernadette Baum and Meredith Mazzilli)