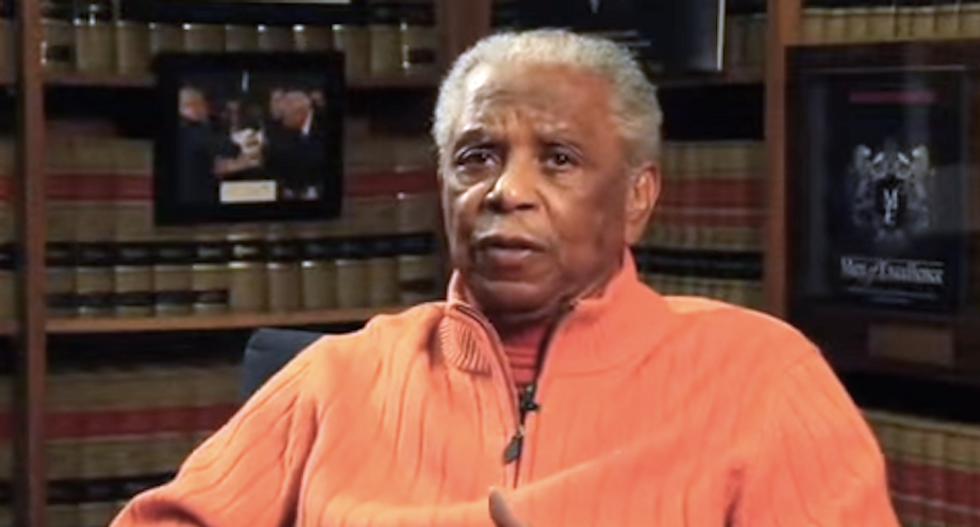 Several black judges in Ohio's decade-long voting lawsuit have issued emotional dissents suggesting the law is an insult to civil rights activists who gave their lives to expand voting rights.

Judge Damon Keith, of the 6th District U.S. Court of Appeals, included 11 pages of photographs of activists slain during the civil rights era to express his disagreement with the majority -- which includes the wife of a key lawmaker who passed the disputed legislation, reported The Associated Press.

"I will not forget," wrote the 94-year-old Keith. "I cannot forget — indeed America cannot forget — the pain, suffering, and sorrow of those who died for equal protection and for this precious right to vote."

The federal appeals court agreed with Ohio Secretary of State Jon Husted, a Republican, on Oct. 6 and declined to revisit a three-judge panel decision, in which Keith had been the lone dissenter, before all 15 circuit judges.

The court has found Ohio voters have plenty of time to cast early ballots by mail or in person, and they ruled that new voting requirements passed by the state's Republican majority did not place an undue burden on voters.

Judge Alice Batchelder, whose husband was speaker of the Ohio House when the legislation passed with his assistance, declined to recuse herself from taking part in the voting rights case.

U.S. District Judge Algenon Marbley, who is also black, had found in favor of Democrats and the Northeast Ohio Coalition for the Homeless in June, finding the law disproportionately hurt black voters -- but he found no evidence the legislature had intended to discriminate.

"If the dog whistles in the General Assembly continue to get louder, courts considering future challenges to voting restrictions in Ohio may very well find that intentional discrimination is afoot," Marbley wrote in his ruling.

The Ohio Democratic Party and advocates for the homeless are considering a possible appeal before the U.S. Supreme Court with just days remaining before the Nov. 8 election.