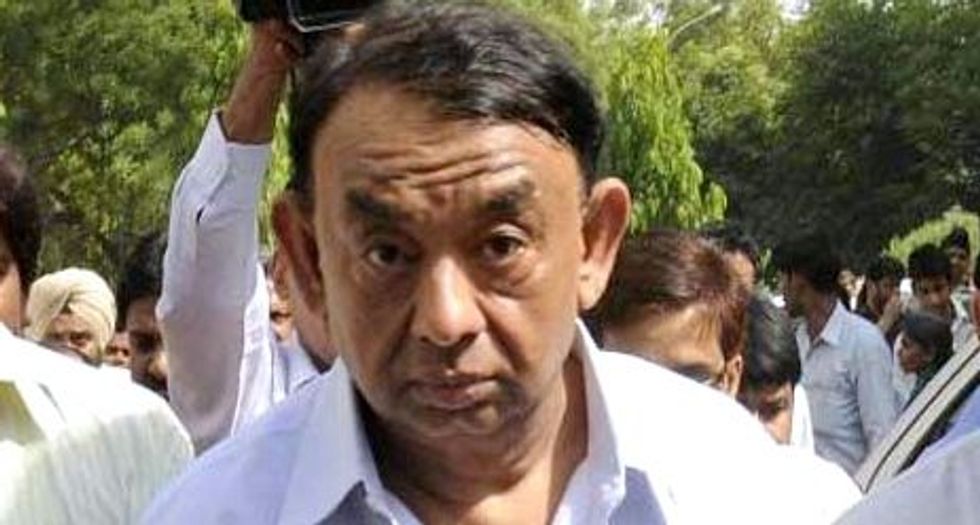 The World Medical Association (WMA), the top medical-ethics body, on Friday installed an Indian doctor facing corruption charges as its president, despite controversy surrounding his appointment while legal cases are pending.

A statement released by the WMA said Dr. Ketan Desai delivered his inaugural speech as president on Friday at the association's annual assembly in Taiwan. He will serve in the position for 2016/17.

After he was first selected in 2009 as a future president of the WMA, Desai faced conspiracy and corruption allegations. Desai has denied any wrongdoing in connection with the pending cases. He did not respond to questions from Reuters sent via email.

When Reuters asked the WMA this week for an update on Desai's legal situation, spokesman Nigel Duncan said the association had nothing more to say.

"I don't think there's anything we want to add to what we have already said," Duncan said. He did not answer questions about Desai's legal cases or what the ethics body had been told about them in recent months.

In one case filed in New Delhi in 2010, Desai faces charges of corruption and criminal conspiracy for allegedly being involved in a conspiracy to obtain a bribe of 20 million rupees ($450,000 at the time) from a medical college. In return, investigators allege Desai helped the school get permission from the Medical Council to add more students. When contacted last year, the college, which is not a defendant in the case, declined to comment.

Desai was arrested in the Delhi case and jailed in 2010 pending a possible trial. He was later released on bail. That year his inauguration as the WMA president was suspended. In 2013, the WMA decided to lift the suspension after receiving assurances from the Indian Medical Association, which Desai once headed.

The Indian Medical Association did not respond to queries from Reuters this week.

A Reuters investigation published in July last year showed that the Indian Medical Association had incorrectly told the WMA that charges against Desai had been withdrawn. Representatives of major doctors organizations accepted the information as fact. The Indian Medical Association said last year that it never misled the WMA. (http://reut.rs/1LZx8BM)

The WMA had said it took questions raised in the Reuters article "very seriously" and would look into them. Later, in October 2015, the WMA upheld its decision to appoint Desai as president, without giving reasons.

A source at India's Central Bureau of Investigation said this week that the New Delhi case was still active though it was on hold due to a pending appeal in the Supreme Court. The source said Desai still needs to appear before the district court judge during hearings.

A court document dated Aug. 3 shows Desai, a urologist by training, submitted an application to seek an exemption from a personal appearance in court that day due to an illness. The next hearing is scheduled for Nov. 4.

Proceedings in a separate case, alleging Desai was involved in a conspiracy to have the Medical Council of India allow a private medical school to add more students, were put on hold last year by a district court in northern Uttar Pradesh state until investigators obtain government permission to prosecute. Desai's counsel in the case, Purnendu Chakravarti, said this week there was no change in the status of the case.

An overburdened and under-resourced Indian judiciary system means court cases can drag on for years in the country.

Based in France, the WMA sets ethical standards for physicians worldwide and represents millions of doctors. Known for its pioneering work in ethics, its members include the American Medical Association and the British Medical Association.