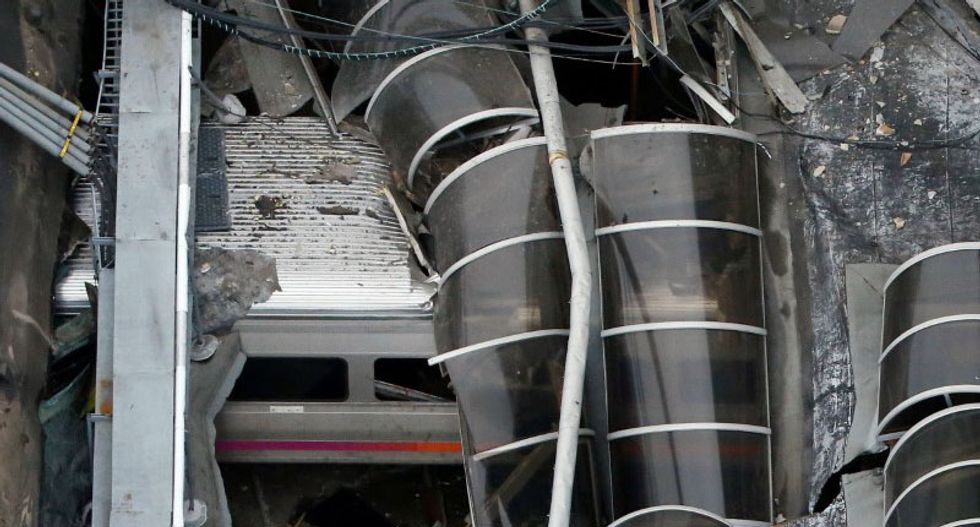 A train car is pictured in an aerial photo inside the New Jersey Transit Hoboken Terminal following a train crash in Hoboken, New Jersey, U.S. on September 29, 2016. REUTERS/Carlo Allegri/File Photo

Investigators on Saturday interviewed the engineer of a New Jersey commuter train that smashed into a Hoboken station this week, killing one person and injuring 108, the National Transportation Safety Board said in a statement.

The NTSB said it would not immediately release anything investigators heard from the 29-year veteran of the railway, who was also injured in the Thursday morning crash that left a 34-year-old woman on the platform dead and toppled support columns in the 1907 building, a major transit point for New York City-bound commuters.

Investigators had not previously been able to interview the driver, Thomas Gallagher, because of his injuries. Gallagher could not be reached for comment.

The NTSB in a statement also noted that it had completed an inspection of the tracks and found nothing that would have affected the train's performance.

The damage to the columns has left the station unstable, and the agency said that environmental and structural issues have delayed the extraction of a data recorder and forward-facing video recorder that could help investigators understand the causes of the crash.

"We know where it is; it's just a matter of getting to it and that's kind of what today's site safety meeting was about," NTSB spokesman Christopher O'Neil said in a telephone interview. "Until the debris removal process starts we're not going to be able to access that lead car to get that other event recorder."

The agency has obtained video from other trains that had been at the Hoboken Terminal, and will scan those for more information on what it called an "accident event" in a Saturday statement.

Another recorder was extracted from the train on Thursday and sent to its manufacturer on Friday after investigators were unable to download data off it.

The agency does not know when it will get the recorder back, NTSB spokesman Eric Weiss said by phone.

The black box data should help investigators determine the precise speed of the train as it approached the terminal.

The Federal Railroad Administration had begun an investigation into New Jersey Transit's safety practices prior to Thursday's rush-hour crash, the New York Times reported on Saturday, citing an official who it said had been briefed on the investigation but was not authorized to discuss it publicly. An initial safety audit was completed in June, the newspaper reported.

The FRA and New Jersey Transit did not immediately respond to requests for comment.

Witnesses and officials said the New Jersey Transit train came into the station too fast and never slowed, but it was unclear why.

People who saw the crash described a scene of horror and chaos as the train slammed through the barrier, jumped off the tracks and skidded across the station concourse.

Train service remained suspended in and out of the Hoboken terminal, through which some 60,000 people pass on a typical weekday.