Islamic State leaders are fleeing Mosul as Iraqi forces move in: US general 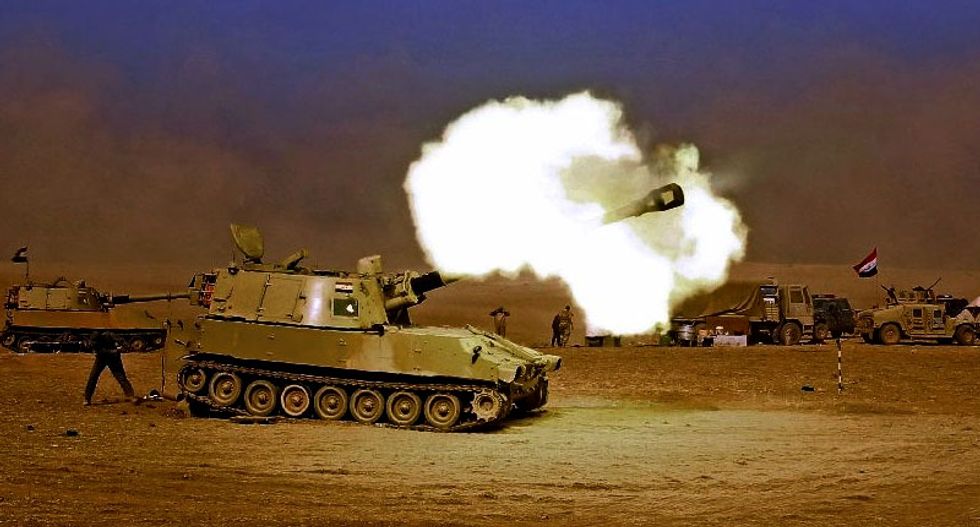 Islamic State group leaders have been fleeing Mosul as US-backed local forces close in on the jihadists' last Iraqi stronghold, a US general said Wednesday.

US Army Major General Gary Volesky, who heads the land component command of the US-led coalition to defeat IS, predicted that foreign fighters will end up forming a large contingent of jihadists remaining in the city, as they have nowhere else to go.

An estimated 3,500 to 5,000 IS fighters are dug into Mosul, while tens of thousands of Iraqi forces have massed to recapture Iraqi's second city in an offensive that began on the outskirts Monday.

"We are telling Daesh that their leaders are abandoning them. We've seen a movement out of Mosul," he told reporters in a video briefing from Baghdad, using an Arabic acronym for IS.

He declined to say how many leaders had left, when they did, or where they were headed, but said they were being attacked in air strikes as they fled.

"Where they are going, I will leave that to our (missile) targeteers to take care of," Volesky said.

He noted that the Iraqis would screen anyone leaving Mosul, and attempts by foreign fighters to blend in to an expected exodus of displaced people would be thwarted.

"It's difficult for them to blend into the local population based on the number of different types of foreign fighters that there are," Volesky said.

"We expect that they will be the ones (who stay and fight), because they really don't have any other place to go."

Launched on Monday, the long-awaited advance on Mosul was making quick progress, but US President Barack Obama joined a chorus of warnings that the battle ahead would be tough.

Officials have said the retaking of Mosul -- Iraq's largest military operation in years -- could take weeks or months, and warned that the hundreds of thousands of civilians still in the city could be used as human shields.

"But make no doubt, the Iraqi security forces have the momentum and they know it. They are as motivated to get to Mosul as we are to help them get there," Volesky said.