Jan Brewer: Donald Trump was 'waterboarded' by women who accused him of groping 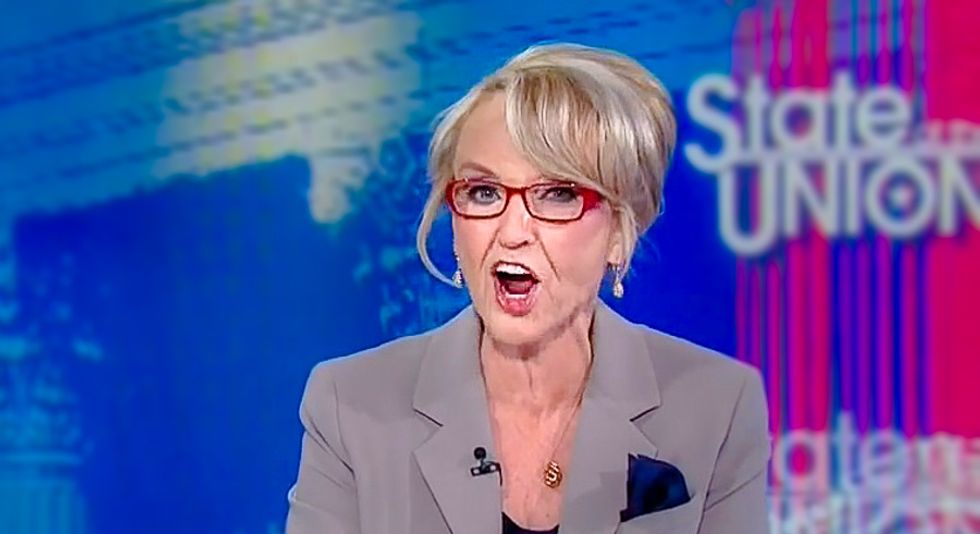 Former Arizona Gov. Jan Brewer (R) argued that Donald Trump was "waterboarded" by a group of women who have accused him of sexual assault and other abusive behavior.

At a campaign rally in Gettysburg over the weekend, Trump vowed to sue "all of these liars" who have recently accused him of groping and unwanted touching.

CNN host Jake Tapper told Brewer on Sunday's State of the Union that Trump had an opportunity "to make a pitch to voters about things that matter to them" but he chose to attack his accusers instead.

"He's been waterboarded by these issues," Brewer replied. "It seems like it's been somewhat of a put-up impression on Donald Trump from all these people lining up. It's just unbelievable. And anybody that's been under those kinds of assaults, I think would want to defend themselves."

"Donald Trump is authentic and he tells it like it is," she added. "And he went out and told the public exactly what he's going to deliver when he become president of the United States."