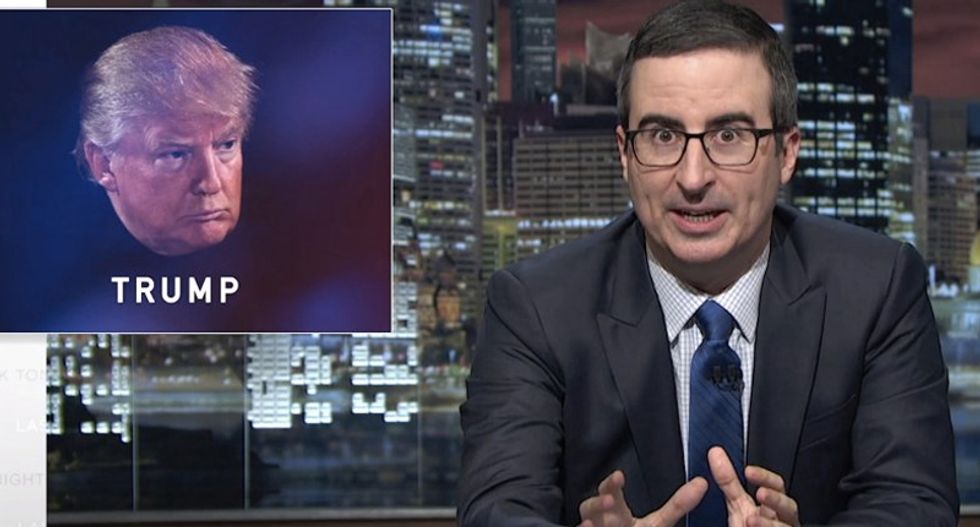 After the Last Week Tonight host brutalized GOP lawmakers who are fleeing Trump after letting him take over their party,he launched the most John Oliver-like John Oliver descriptions of Trump uttered since this too long campaign season began.

"This is happening. And, in a way, perhaps we have been always heading towards this historic moment," he explained. "The first female presidential nominee versus the human embodiment of every backwards condescending Mad Men-esque Boys Club attitude that has ever existed, rolled into one giant salivating dick-size-referencing, pussy-grabbing warthog in a red power tie."

Watch the videos below for the full extraordinary rant.