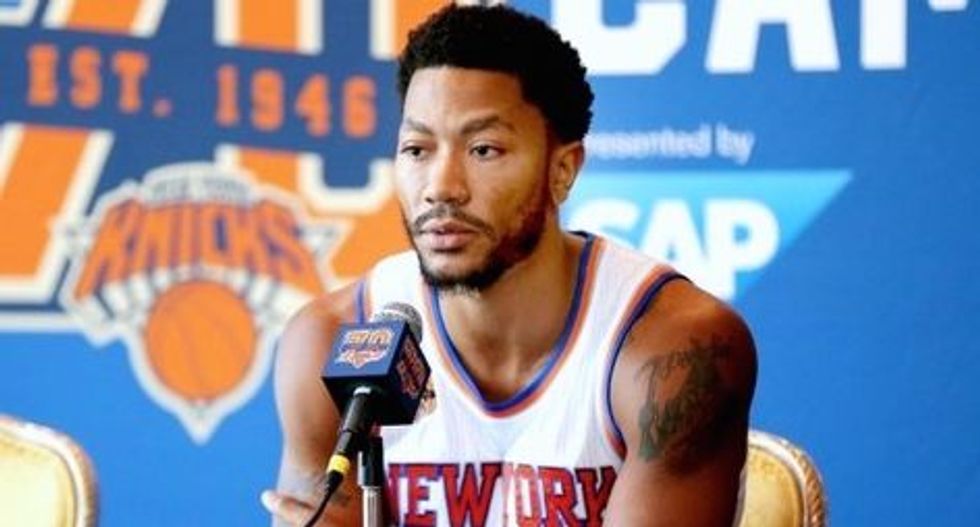 National Basketball Association star Derrick Rose was cleared by a federal court jury on Wednesday of accusations in a civil lawsuit that he and two friends drugged and gang-raped his former girlfriend in 2013.

Two jurors who spoke to reporters outside the courthouse following the verdict said they believed that Rose's accuser, identified publicly only as Jane Doe, lacked credibility on the witness stand.

Rose, 28, said after the court session that he was relieved, but declined to answer any questions. His lawyer, Mark Baute, said he was gratified a predominantly white jury exonerated his client and his two co-defendants, all of whom are black.

Waukeen McCoy, the lawyer representing Rose's accuser, said his client was "pretty devastated" by the outcome. The plaintiff said she and the three-time NBA All Star, now a guard for the New York Knicks, dated from 2011 to 2013.

The U.S. District Court jurors deliberated for less than four hours before reaching their verdict clearing Rose, and his two friends, Ryan Allen and Randy Hampton, in a suit seeking $21.5 million in damages, according to City News Service.

Rose's attorney had called the lawsuit a blatant attempt to extract money from his client, while the accuser's lawyer said it was a "classic case of gang rape," CNS said. (Reporting by Steve Gorman; Editing by Meredith Mazzilli and Peter Cooney)