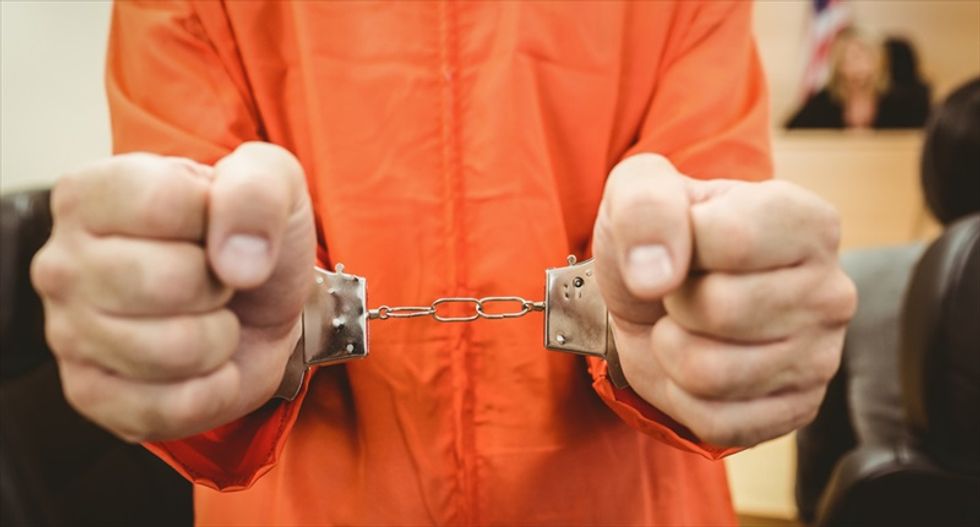 A man who authorities say left an improvised explosive device that failed to detonate outside a small police station in Nederland, Colorado was arrested in Chicago over the weekend, law enforcement officials said.

David Michael Ansberry, 64 and originally from San Rafael, California, has been charged with attempted destruction of a building or property by means of fire or explosive. If convicted he could serve up to 20 years in federal prison and pay a fine of up to $250,000.

On the morning of Oct. 11 a detective discovered a backpack outside the police station and brought it inside before opening it and discovering a cellular device with wires coming off of the phone, connecting to a battery and a suspicious powder, according to the criminal complaint.

The detective recognized it as a potential bomb and placed it outside before evacuating the five-officer police station and neighboring businesses.

FBI agents were able to track the cell phones connected to the device and obtain surveillance video of their purchase. They showed a short, 3-foot 6-inch (107 cm) man with a ponytail wearing a baseball hat and on crutches buying the phones with cash. Authorities allege the person in the videos is Ansberry.

After hearing the description of the individual, the chief of police for Nederland said he remembered seeing the man during the evacuation of a nearby motel on the morning the device was discovered. Records show Ansberry stayed at the motel the night of the attempted bombing, according to the complaint.

"Thanks to the tireless work of this team of law enforcement professionals, a man who is charged with placing a dangerous device in a public place is in custody," said Bob Troyer, acting U.S. Attorney for the District of Colorado.

A U.S. Magistrate Judge in Chicago on Sunday ordered the U.S. Marshals to transport Ansberry to Denver, where he will be given a court date.