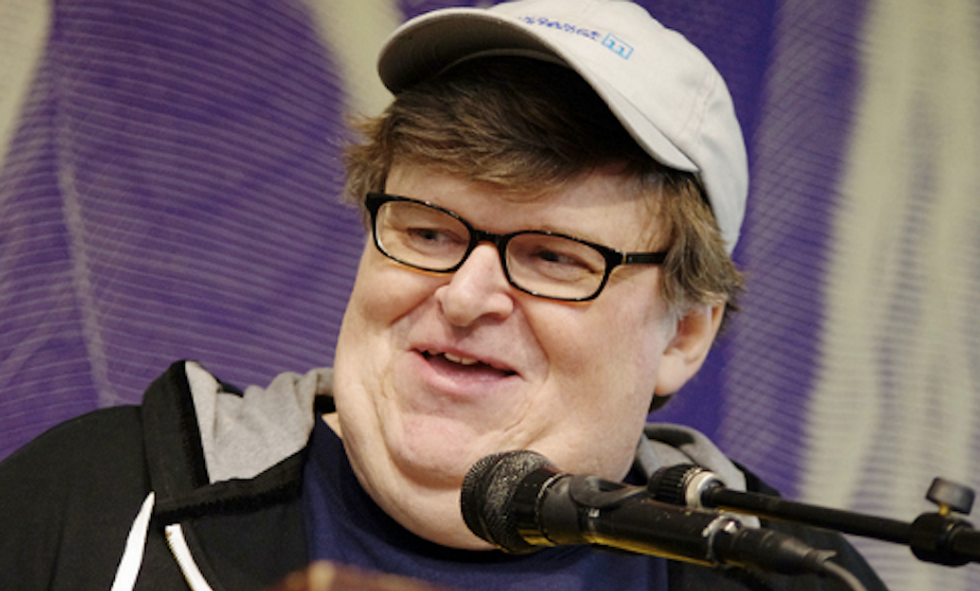 An audio clip from the film of Moore talking about "why Trump will win" is making the rounds on social media and right-wing blogs and leading many conservatives to think that the Fahrenheit 9/11 director has endorsed Trump's candidacy.

The clip, according to Snopes.com, is merely Moore discussing the reasons why some Americans will be voting for Trump before explaining that those people will regret their votes, much as many U.K. residents are regretting their votes for Brexit.

“[Trump is speaking] to people who are hurting, and it’s why every beaten down, nameless, forgotten working stiff who used to be part of what was called the middle-class loves Trump,” Moore said in the clip. “He is the human Molotov cocktail that they’ve been waiting for.”

“Trump’s election is going to be the biggest 'f**k you' ever recorded in human history -- and it will feel good,” he continued.

Fortune magazine reported, "Of course, the clip making the rounds cuts Moore off mid-sentence, leaving out the rest of his point: 'It will feel good—for a day. You know, maybe a week. Possibly a month.' Then he adds, 'Because you used the ballot as an anger management tool and now you’re f**ked.'”

On Twitter, Trump Jr. wrote, "I probably don't agree with him on a lot, but Michael Moore gets this one right 100%. Listen and RT: Why Trump will win."

Check out the video below before your ALL-CAPS ranting uncle forwards it to you in an email: