Michael Moore: We have to save Americans from Trump like you would from 'a pedophile' 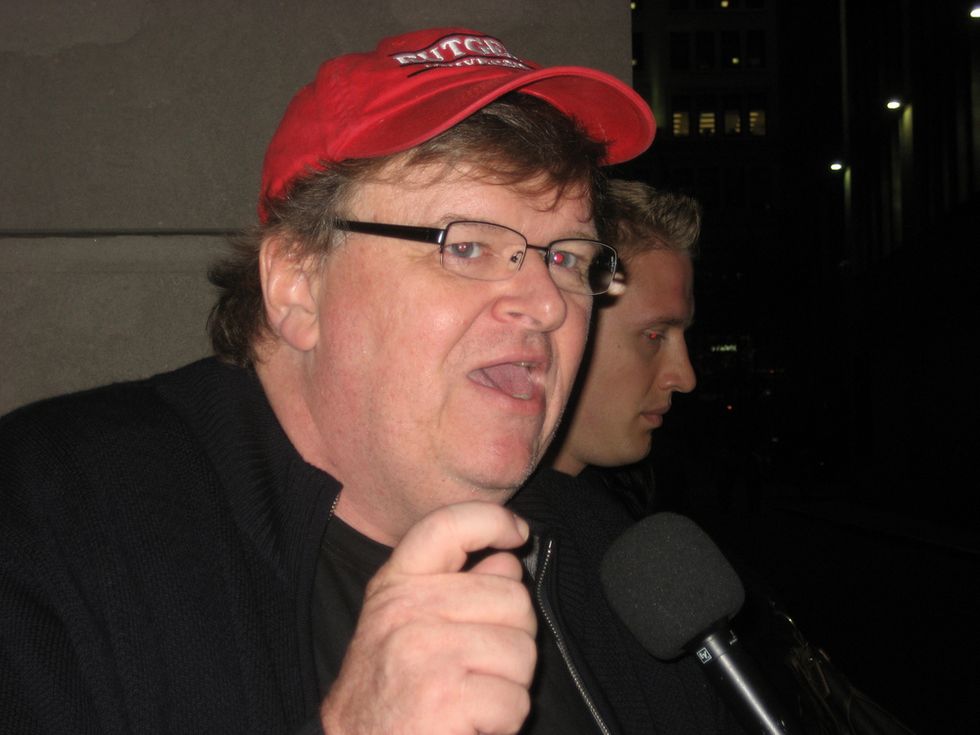 In an interview with Rolling Stone, filmmaker Michael Moore launched a blistering attack on GOP presidential nominee Donald Trump, comparing him to a "pedophile" and wavering voters considering casting their ballots for him as "legal terrorists."

Moore used the interview to promote his surprise film, "Michael Moore in Trumpland," explaining he felt he needed to keep people fired up about voting against the Republican nominee because he feared complacency after the wildly successful Democratic National Convention.

"As Hillary came off a great convention and Trump was imploding with one insane thing after another, I noticed supporters of Hillary Clinton doing an end-zone dance on the 50-yard line," he explained. "We were two to three months away from the election and everyone's thinking, 'We're safe now. It's over.' Trump's done himself in and Hillary is doing great at the debates and everyone relaxes and starts to feel relief. I started to feel like those people were contributing to Trump's potential election. And this wasn't the time to relax. This was the time to double and triple up in terms of what needed to be done. I didn't see that happening."

Turning to the candidate, the filmmaker took a series of shots at Trump and what he represents.

Addressing blue collar voters who could normally be counted on to vote for a Democrat, Moore cautioned them from turning to Trump.

"We went to union halls and guys that I grew up with – people who normally vote Democrat who are thinking of voting for Trump," he said. "That is a huge chunk of the population, especially where I'm from. So I wasn't there so much to convert them away. I don't think a lot of them necessarily decided for sure that they were going to vote for him. But I want them to think about the damage they could do by being a legal terrorist on November 8th."