Michelle Obama trumps the Donald on dividing America: ‘To him, most of America is ‘them’' 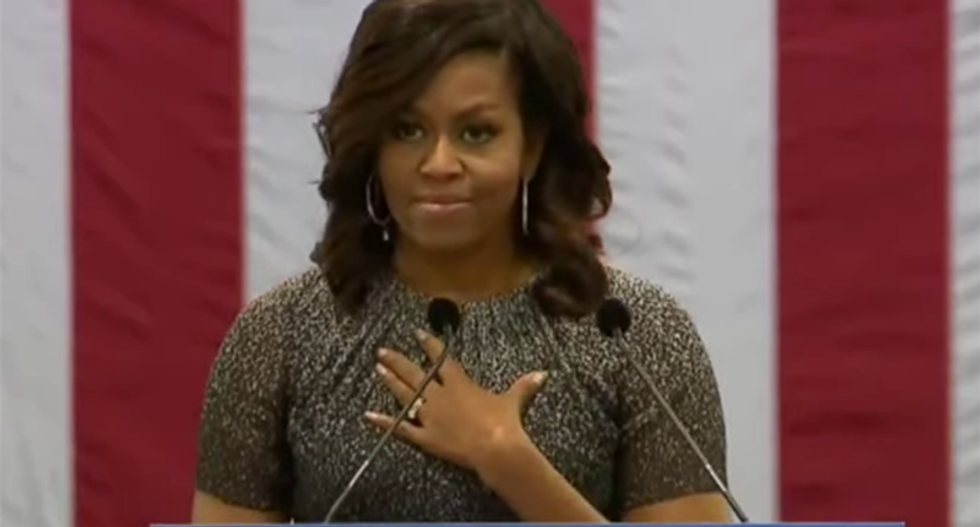 Obama has proven to be an important campaigner for Clinton. Just last week she delivered an emotional speech on Trump's alleged sexually abusive treatment of women.

On Thursday, the First Lady addressed the Phoenix crowd, saying of the Republican nominee, "Perhaps living life high up in a tower in a world of exclusive clubs, measuring success by wins and losses, the number of zeros in your bank account. Perhaps you just develop a different set of values."

She added, "Maybe with so little exposure to people who are different than you, it becomes easy to take advantage of those who are down on their luck."

Perhaps one of the most important thing the First Lady noted was that, "To him, most of America is 'them.'"

Over the course of his campaign, Trump has alienated Mexicans, undocumented immigrants, Muslims, black Americans, the LGBTQ community, women, and sexual assault survivors.

Check out Michelle Obama's remarks below.