Missouri Democrat accuses fellow candidate of rape: 'I felt a moral responsibility to speak out' 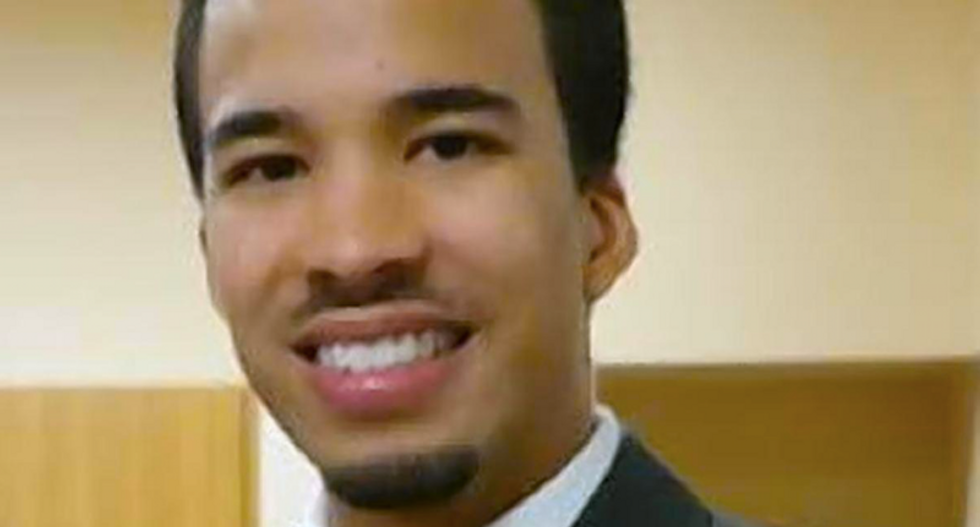 A Missouri statehouse candidate has accused another Democratic candidate of raping her.

Cora Faith Walker sent a letter to the Speaker of the House claiming that Steven Roberts Jr. sexually assaulted her last month during a meeting about the upcoming legislative session, reported the St. Louis Post-Dispatch.

The 31-year-old Walker came forward publicly Friday with her accusations, and law enforcement sources confirmed an open investigation of the candidate's claims.

Both Roberts and Walker are running unopposed in November, and they would become the only two black attorneys in the Missouri statehouse.

Walker, of Ferguson, said she went Aug. 26 to meet with Roberts at a St. Louis apartment, and she said she apparently lost consciousness after drinking two glasses of wine and does not remember what happened.

She told her husband what happened the following day, and they went to police several weeks later.

Roberts has not been arrested or charged in the case, which remains under investigation.

His attorney denied the accusations and said whatever happened was consensual.

Walker told the newspaper that she decided to go public with her accusations to help remove the stigma from rape victims.

“I felt a moral responsibility to speak out,” Walker said. “The idea or the thought of me trying to just bury it is one I could not live with.”

House Speaker Todd Richardson, a Republican, took over for former Speaker John Diehl, who resigned after sending explicit text messages to an intern.

State Sen. Paul LeVota, a Democrat, also resigned last year after being accused of sexual harassment by interns, and state Rep. Don Gosen, a Republican, resigned earlier this year after admitting to an affair.

Roberts was fired in October 2015 from his job as an assistant prosecutor in St. Louis after he was investigated but not charged for an incident at a bar involving a college student.

He denied any wrongdoing, but Walker said she believes he would pose a threat to other women if he is allowed to take a legislative seat.

“I want (the Speaker of the House) to do everything in his power to prevent this from happening to someone else,” Walker said. “Whatever that is.”