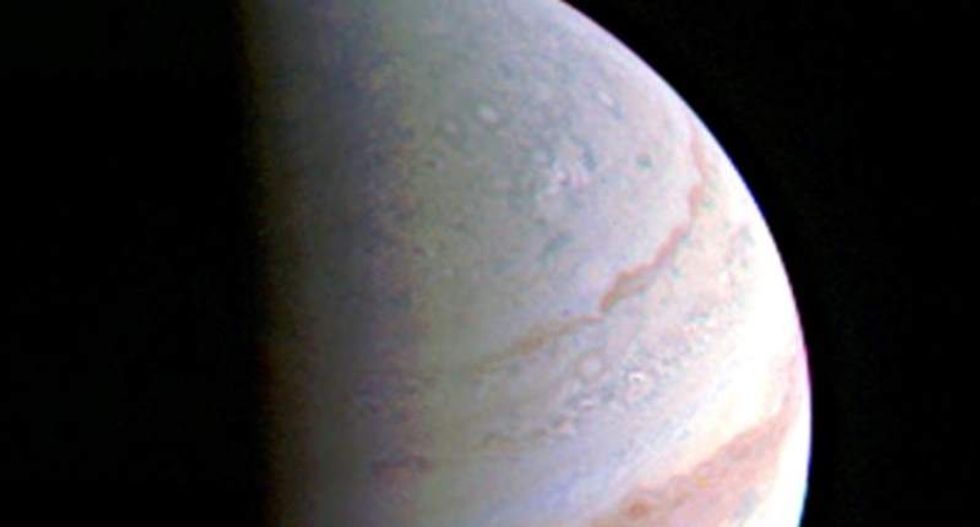 NASA's Juno spacecraft lost its main computer and science instruments shortly before it was due to make an orbital pass near Jupiter on Wednesday, scuttling highly anticipated close-up observations of the largest planet in the solar system.

The U.S. space agency said the glitch followed an unrelated problem last week that prompted it to skip firing Juno’s braking engine, to steer the probe into a tighter regular orbit around Jupiter.

Juno's computer restarted after Wednesday's shutdown and the spacecraft was "healthy," NASA said in a statement.

Juno reached Jupiter in July for a 20-month study to learn how and where the giant, gas planet formed, setting the stage for the evolution and development of Earth and the rest of the planets in the solar system.

During Wednesday's flyby, scientists had planned to begin using Juno's instruments to peer beneath Jupiter’s thick clouds and map its gargantuan magnetic fields. But the loss of the ship's main computer, 13 hours before the close encounter, put the observation plans on hold until at least Dec. 11,  when the spacecraft makes its next close pass by Jupiter, NASA said.

The cause of the computer outage is under investigation. NASA also is analyzing the unrelated propulsion system issue.

NASA had hoped to shift Juno into a tighter orbit around Jupiter so it could fly close more often. Those plans are now on hold.

Lead scientist Scott Bolton, with the Southwest Research Institute in San Antonio, Texas, said the mission goals are not impacted by Juno's orbit, since critical measurements are taken whenever the spacecraft flies close to Jupiter.

"The worst-case scenario is I have to be patient and get the science slowly,” he told reporters during a webcast news conference at the American Astronomical Society meeting in Pasadena, California.

(This story corrects to "its" from "it" in first paragraph.)