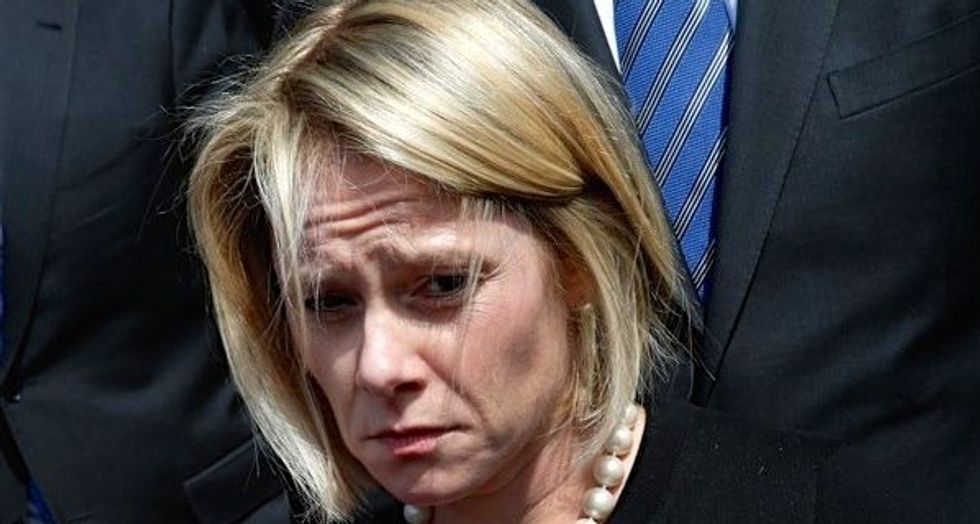 Two former allies of New Jersey Governor Chris Christie deliberately closed access lanes to the George Washington Bridge in a "vicious" and unlawful political revenge scheme, a federal prosecutor said on Friday at the close of their criminal trial.

"As cruel and callous as that scheme was, what makes it unlawful was that they misused government resources to carry it out," Cortes said in closing arguments at federal court in Newark, New Jersey.

Baroni's lawyer is expected to deliver his closing argument later on Friday.

The Port Authority operates the George Washington Bridge, said by the agency to be the world's busiest.

Kelly and Baroni are charged with fraud, conspiracy and depriving residents of Fort Lee, New Jersey, of their civil rights. Former Port Authority executive David Wildstein has pleaded guilty and appeared as the government's star witness.

Christie has not been charged and has steadfastly denied any advance knowledge of the plan. But Wildstein, Baroni and Kelly all testified that they told the governor some details about the lane closures either beforehand or while they were occurring.

The so-called "Bridgegate" scandal tarnished Christie's national reputation, damaging his unsuccessful bid for the Republican presidential nomination. The trial has cast an unflattering light on Christie as a temperamental bully whose administration used the Port Authority to hand out favors, and penalties, to local officials.

Kelly and Baroni, both of whom testified in their own defense, said they were duped by Wildstein and his claim that the lane closures were part of a legitimate traffic study.

But Cortes warned jurors not to be fooled by that "preposterous" assertion, pointing to Kelly's now-infamous email to Wildstein in which she wrote, "Time for some traffic problems in Fort Lee," as evidence of her guilt.

At one point, Wildstein told Baroni that his response to Sokolich should be "radio silence."

White supremacists have hidden under their white hoods for decades. Now, that mostly anonymous group is coming out from hiding to practice their far-right beliefs publicly, wrote columnist Wajahat Ali in the Daily Beast.

Last week, they were even recognized by Fox News host Tucker Carlson, who eagerly prompted the racist "great replacement" theory that immigrants somehow nullify the existence of white people. As Casey Michael pointed out, the theory "has propelled fascistic massacres from New Zealand to San Diego to El Paso, Texas."

Rep. Liz Cheney (R-WY) released a first quarter fundraising report showing she had raised $1.54 million, but although that is a substaintial war chest for Wyoming, it is apparently not enough to stop former President Donald Trump from attempting to oust her from office.

Trump has been angry with Cheney since she voted to impeach him for inciting the fatal January 6th insurrection at the U.S. Capitol. Cheney said Republicans had an obligation to "make clear that we aren't the party of white supremacy."

Arnett Thomas is a convicted murderer who had spent two decades in prison before being released in 2000. Now 71-years-old and living in government housing, the New Jersey resident is suing Donald Trump over the massive death toll from coronavirus, NewJersey.com reports.

"The former president literally became the very domestic enemy to the Constitution he swore to defend," Thomas wrote in his lawsuit that now includes more than 75 co-plaintiffs.