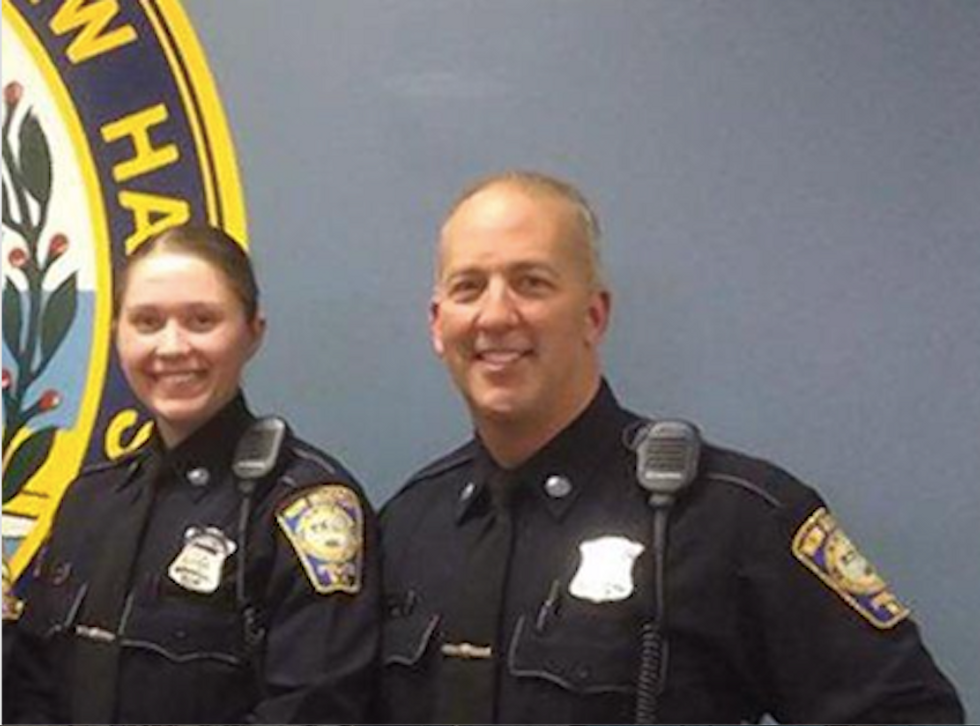 A New Hampshire police lieutenant told a woman rookie cop that he ranks the women drivers he pulls over according to their "rapability" and wishes that he could sexually assault them, says an explosive new lawsuit.

The New York Daily News said on Sunday that former New Boston police officer Alexandra Drake filed suit alleging that she was fired from her job when she complained to supervisors about sexual harassment by Officer Michael Masella.

Drake's lawsuit -- filed in federal court last week -- alleges that she was fired unfairly and that she was subject to “false, slanderous, and libelous allegations” by superiors after she reported Masella for inappropriate sexual remarks on the job.

She said that in her last days at the department, things had gotten so bad she was worried that Masella would attack or even rape her.

"Drake was certain that the slightest slip could make her a target of severe harassment, termination of employment or even rape,” said the suit. “Drake was unsure whether anyone would believe her, or if any of her colleagues would support her given that Masella was a career man, second in command of the police department and very good friend” with Police Chief James Brace."

The woman officer joined the New Boston Police in June of 2013 as a probational hire. She was assigned to Masella for training and the superior officer made it clear that she should think twice before confronting him about anything.

During training, Drake said, Masella constantly complained about other women working on the police force. One woman, Masella said, had "issues" and was always embroiled in "drama." Another woman was fired without notice days after Masella told Drake he "can't stand her."

During traffic stops, Masella would remark on women drivers' attractiveness on a scale of "rapability." He told her that he wishes sometimes that he could drag the women out of their cars and rape them rather than writing them a citation.

Masella's harassment of Drake didn't stop at the end of the workday, the suit alleges. He began calling her during her off hours and once showed up at her house unannounced and asked through the door if she was naked.

Drake said that Masella ordered her to falsify an incident report after a DWI stop. The department later used the incident as grounds to fire her after she complained about Masella's behavior.

Brian Cullen -- Masella's attorney -- said that Drake is making up the charges to explain her termination. Masella said that he is "shocked by the allegations and absolutely denies them."