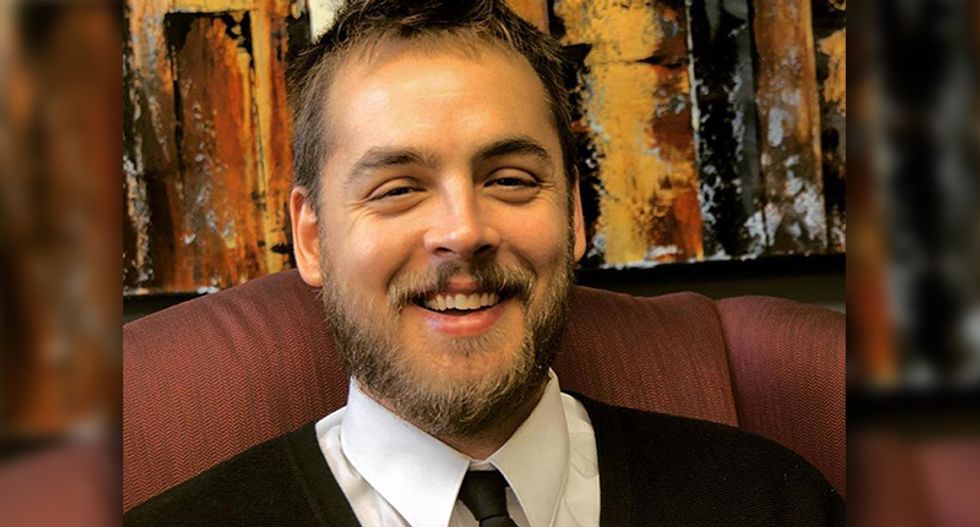 Nick Bata is the Libertarian Party candidate for North Dakota's Insurance commissioner but he's not taking out a policy on his political career after using the phrase "Make America rape again" on his Facebook page. In fact, he says he has nothing to apologize for.

According to the Jamestown Sun, Bata said, "My rights don’t end where their insensitivity begins."

His comments come after Republican party presidential candidate Donald Trump was caught on a 2005 hot mic saying he can grab a woman by her p*ssy because he's a celebrity.

Bata's Facebook interaction was part of a post about sexual consent that was posted in September by North Dakota resident Jess Roscoe. "If people don't agree with them, they will attack you like a bunch of rabid, wild hyenas," said Bata. "I tried to have to have a very civil engagements," said Bata online.

He goes on to question whether rape culture really exists in the United States and claiming that the best way for a woman to make money is to be a stripper. It wasn't long after that he made the comment "Make America Rape Again."

"Yes, I wrote Make America Rape again. And in the context, because of course, they deleted some of the comments because that's how they operate. They lurk in the dark and edit things, and by me not complying with their world view, I was labeled a rape apologist, I was labeled disgusting, all sorts of pejorative words, and they labeled me a Trump supporter because hey, if you're not with us, you're a Trump supporter, and in sarcasm, which leftist supporters can't understand sarcasm, they misinterpreted this," said Bata.

He went on to say that it is a "free society" and that his comments are part of his freedom of speech. "If you can't handle someone's free speech, that's your problem, not mine," he said.

Roscoe, understandably, can't believe what the incident has turned into.

"Even if it's a play on Donald Trump and his campaign slogan, it doesn't make that remark acceptable or constructive to any conversation," she said.

"As a woman those comments are troubling, and I think that it's a snapshot at the sorts of comments and beliefs that are said on a daily basis that a lot of people don't think they're contributing to something so negative," said Roscoe.

Bata has no regrets. "None of it," he said. "I stand by everything. Why should I apologize and to who?"

He also has no intention of dropping out of the race. The state's Libertarian Party didn't respond when contacted by The Sun.