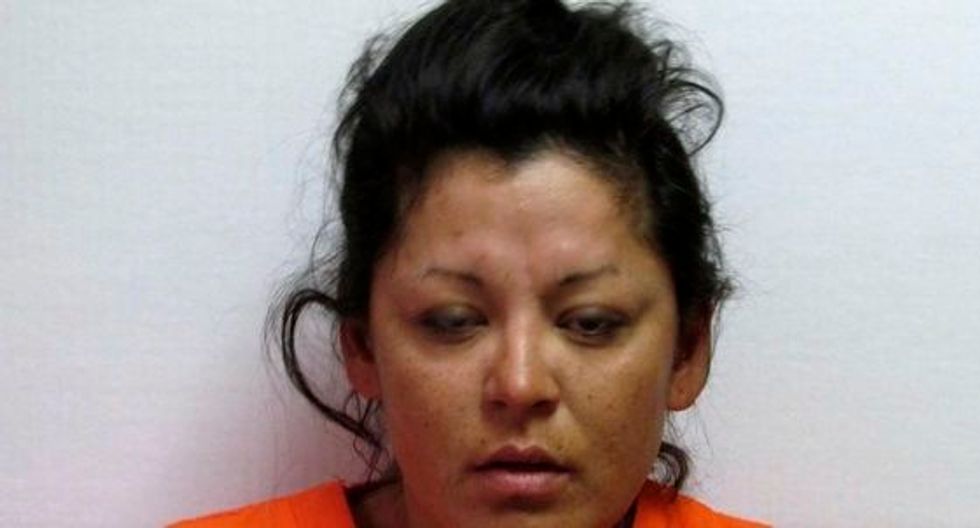 A demonstrator protesting last week at the construction site of an oil pipeline in North Dakota was charged on Monday with the attempted murder of a law enforcement officer, according to court documents.

Red Fawn Fallis, 37, was confronted by two officers on the evening of Oct. 27, according to an affidavit, when she was taking part in a demonstration against the $3.8 billion Dakota Access pipeline project.

The affidavit said law enforcement was working to clear protesters from a camp on private property and attempted to arrest Fallis for being "an instigator and acting disorderly," when a struggle occurred with the officers.

It added that during the struggle, Fallis fired at a police officer three times with a handgun, without hitting him.

After being subdued and arrested, a small amount of marijuana was found in Fallis' possession, according to court documents. She is facing additional charges including engaging in a riot, possession of marijuana and preventing arrest.

The attempted murder charge carries a maximum penalty of 20 years in prison.

An attorney for Fallis was not listed in court documents and an official from the Morton County Courthouse said on Monday that Fallis did not yet have a lawyer.

The 1,172-mile (1,885-km) pipeline, being built by a group of companies led by Energy Transfer Partners LP , would offer the fastest and most direct route to bring Bakken shale oil from North Dakota to U.S. Gulf Coast refineries.

But the project has faced months of protest from the Standing Rock Sioux Tribe, as well as environmental activists, who say it threatens local water supplies and sacred tribal sites.

Supporters say the pipeline would be safer and more cost-effective than transporting the oil by road or rail.

Police clashed with protesters last week as they moved to clear out a camp constructed by demonstrators on private land, with law enforcement using rubber bullets, pepper spray and an audio cannon to disperse demonstrators.

(Reporting by Timothy Mclaughlin in Chicago; Editing by Peter Cooney)