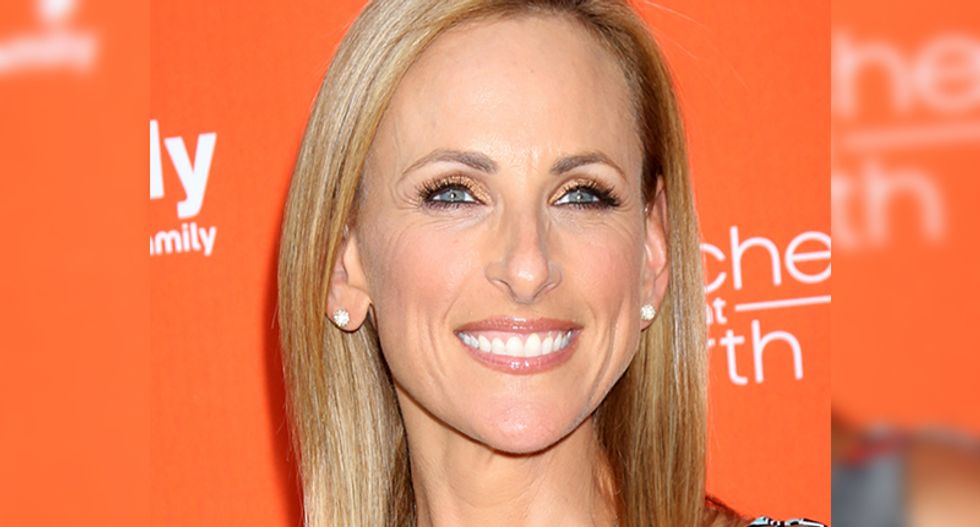 Reports have come out that the things Donald Trump said while taping the NBC show "The Apprentice" are far worse than the 2005 "Access Hollywood" video where Trump said he grabs women by the p*ssy. Now those things are beginning to surface. One of those was an attack on Academy Award winning actress Marlee Matlin, who Trump called "retarded."

Matlin appeared on Trump's show in 2011, coming in second place and earning compliments from Trump in the footage that aired on the show, according to a Daily Beast report. But three longtime staffers who worked on the season in which Matlin appeared said that Trump regularly disrespected her and treated her as if she was mentally disabled.

This would not be the last time Trump attacked someone with a disability. Early on in the campaign, Trump mocked New York Times reporter Serge F. Kovaleski, who suffers from arthrogryposis -- which limits the functioning of his joints. At the time,  Ann Coulter dismissed Trump's behavior, saying that he was just being a "standard retard."

According to the Daily Beast's report, the insults Trump hurled at Matlin occurred both behind her back and right in front of her. But because of a non-disclosure agreement, no one could speak of the comments without facing legal retaliation.

“[Trump] would often equate that she was mentally retarded,” one source explained, noting that both Matlin and her interpreter Jack Jason were kind people.

During taping, Trump would reportedly write notes sitting at the table in the set's "boardroom." Staff who cleaned up after taping noticed that one such scribble read, “Marlee, is she retarded??”

Like with "Access Hollywood," Trump continued wearing his microphone and would talk with others -- including Donald Trump Jr.

“[Trump] would make fun of her voice. It actually sounded a lot like what he did [to] the New York Times guy,” another person who worked on The Apprentice said, referencing the reporter Trump mocked.

Another staffer noted that Trump's characterization of Matlin's deafness as a mental deficiency was a regularity.

“In the boardroom, he would talk to her like she was ‘special,’” the source said. “He took her deafness as a some kind of [mental] handicap.”

The staffer remembered one instance sitting in the control room during filming and being taken back hearing the "insensitive" statement while she was sitting across the table from him.

“She responded [to him], she stood up for herself,” the source recalled. Obviously this footage didn't appear anywhere in the broadcast show.

“But people would just laugh this [stuff] off—it was just the culture of [the show],” the staffer noted. “But now it’s a little more serious because it’s not a joke anymore!”

“He would kind of do these mock voices,” said a source who witnessed Trump doing it. “[Matlin] was a popular person on the show. I think he would take the low road and mock her disability.”

Matlin refused to comment on this story. It is unclear if that is due to a non-disclosure agreement or not.